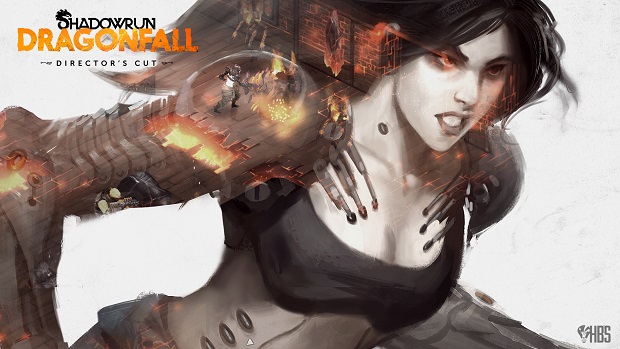 Here’s a quick summary of the major changes and improvements

The new standalone Director’s Cut of Shadowrun Returns‘ Dragonfall expansion is right around the corner, releasing this Thursday, September 18.

Before it does, I’d like to share some of the highlights from the last four developer diaries Harebrained Schemes has posted leading up to the title’s launch.

The standalone version will include three new full-length companion story missions for Glory, Eiger, and Blitz. Companion characters will each earn unique rewards for completing these missions. For example, Blitz can gain the ability to corrupt hostile IC in the Matrix, forcing them to obey his commands.

Another addition is Crew Advancement, allowing even further customization of your NPC companions. While your NPCs will always stay true to their nature (your Decker will always be a Decker), this new feature will allow you to choose between two new enhancements each time your NPCs level up. An example of this would be to grant Eiger the ability to fire a Dragon’s Breath round from her shotgun, penetrating armor and setting opponents on fire.

Lastly, there are a large number of visual improvements and changes that have been implemented, such as upgrades to the game’s lighting systems, a new HUD redesign, a more informative user interface, as well as new animations specifically designed to make combat feedback more viscerally satisfying. The GIFs demonstrating the new combat effects show a definite improvement from the original version of the game.

There’s no way that I can adequately cover all of details in these, so I’ll link the Kickstarter page here if you’re interested in learning more. If you’d like to read Alasdair’s thoughts on original version of the expansion, you can find his excellent review here.

Shadowrun Returns: Dragonfall – The Director’s Cut will be available for the PC, Mac, and Linux at launch. iOS and Android versions are scheduled to be released in October.