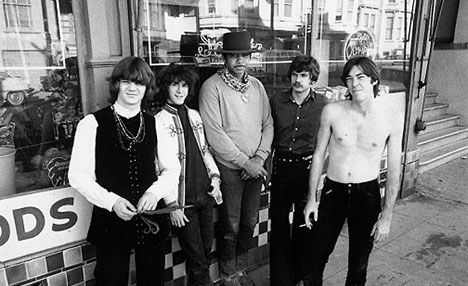 While I personally like the “pick and choose” concept of downlodable content for Rock Band, not everyone has an Internet connection. And not every console that Rock Band has found its home on supports DLC.

Harmonix and MTV Games have already released two other physical disc bundles DLC tracks, but there’s one more on the way according to an ESRB listing — Rock Band Track Pack: Classic Rock. As expected the disc will feature classic rock songs including Steve Miller Bands “Take the Money and Run” and “The Joker,” and The Dead Kennedy’s “Holiday in Cambodia.”

The ESRB listing also says that there will be songs that include naughty words like “damn,” “ass,” and “bitch.” With over 500 songs available to play in Rock Band, I’m not about to figure out which tracks those are. Have fun with that.

The pack will likely be priced like the other track packs ($29.99) and will be available for the Wii, PlayStation 2, Xbox 360, and PlayStation 3. But really, “Holiday in Cambodia” is classic rock now? God, I feel old.