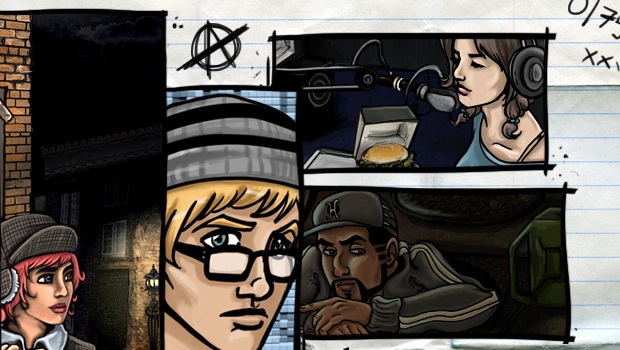 If you’re going to attract people to backing your Kickstarter for an adventure game, then promising “no meaningless fetch quests, no mazes and no pixel hunts” is a good way to do it. The St. Christopher’s School Lockdown (a working title) is a traditional point-‘n-click adventure game that takes its cues from some of the recent political and social upheaval in the UK and across the world. A group of 200 students barricade themselves inside the titular school, protesting government reforms to the education budget but as they come under pressure from the authorities and media, violence flares.

The whole game will be episodic in structure, letting you play one of six different characters in each chapter. Right now the Kickstarter campaign is at £5,658 out of a paltry £9,000. This will only cover the creation of a demo and the first chapter, so hopefully there’s some interest to get the game going for the whole story but you can vote for The St. Christopher’s School Lockdown on Greenlight too. The strengths of classic adventure games were always their settings and characters; I’d love to seem more games with a contemporary setting dealing with contemporary issues.