[Sr.Churros is a well-educated man who blogs and quickposts often on the community. So when he shared his personal portfolio of amateur games, I just felt like a bunch of games made by one of our own community members deserved to be seen! The community here is awesome with great blogs, music, art, and even games! ~Strider]

So during this weekend I was updating my resume for a freelance job vacancy at an IT school here (Pokémon Moon won’t buy itself, you know?). I thought it was a good idea to link some of my small game prototypes and jam stuff I did in the past, and then spent some time digging through my inactive WordPress game dev blog. I haven’t made small games in over a year and I kind of miss doing it a lot, but I have so much college stuff to do this year and I’m having some serious problems with focus.

Anyway, while searching through my older stuff, I thought, “Hey, I never shared this kind of thing here!” Most of them were made back when I used to only lurk on Dtoid most (if not all) of the time, so I never considered posting them. Therefore I present to you fellow folks a small selection of the better titles, which means they are either the most playable ones or the most interesting ones.

Note: most of this stuff uses old players that are not supported anymore by Google Chrome, but they are perfectly playable either on Firefox, or Opera, or even Internet Explorer! 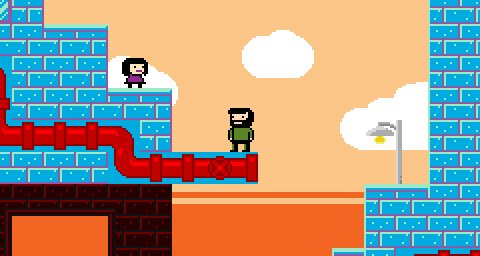 The first game I have ever made, and the only one that I actually completed! Yeah the name sucks, and if I made it today I would go with a Portuguese title. We are okay with games named like Okami, Katamary Damacy, or even Shin Megami Tensei, so why not a Portuguese one like Beijoca, right?

Anyway, this was a cute little plataformer I made for my girlfriend! The jump physics are kind of bad, and there was some things I failed to properly communicate with the player, which I ended up learning about later by player feedback, but even then I’m still very proud of my deformed baby. I also did the soundtrack for it. It is pretty decent, but the Stencyl engine somehow fucked something up while exporting and it doesn’t loop properly. It is sad, but at least you can check them the in way they were meant to be here. I also messed up the screen resolution, which can be easily countered by using the in-browser zoom. Still, it is kind of not-that-bad in the end and I even managed to hide some secrets in it. My old Dtoid profile pic came from this game! 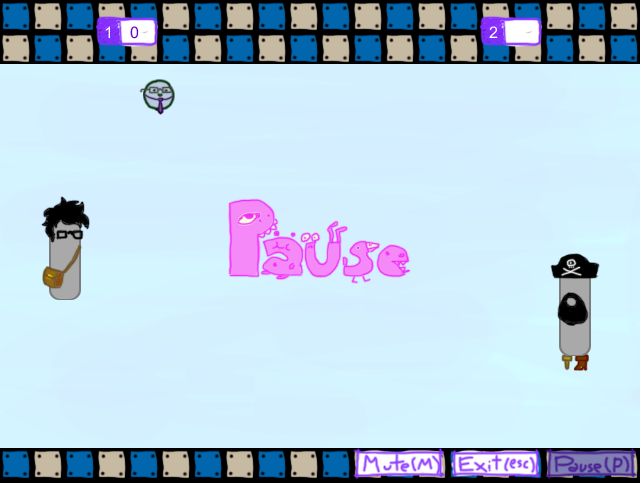 Okay, this one is just a cheap-ass Pong clone. The only good things about this one are the intro image and downsampled NES-like voiceclip.

This one plays like a very basic and uninspired shmup, however at least it got some handmade clay graphics! My girlfriend helped me with the models while I was busy trying to figure out how to properly use Unity 3D. The real-life models look better than the in-game pictures, but I still like how it ended up looking.

This one was pretty fun to make, especially because I got help from the very talented Adrian Galassi at the sound department. Gameplay is okay-ish and I like how the level looks, but the music takes the cake. I really dig the level theme.

I hope to make something else big someday so me and him can work again together (and also I need some money to hire him)!

I made this card game just in time to play it with my friends on my birthday back in 2014, but my mother kept pestering me to take pictures with boring relatives most of the time so instead I only watched them playing it. All the cards are in Portuguese and I never wrote down the instruction booklet and probably already forgot most of the rules. The game is basically an expansion pack for the regular Truco card game, so it uses a regular card deck plus a Trucomancer deck.

The idea was to make something like Truco meets Yu-Gi-Oh! and that also plays kind of like Mario Kart, allowing some late-game comebacks to make the game more exciting. It was very flawed and had lots of aspects that I could refine and make better, but it looked like my friends were having some heated battles in this game, with the last match ending in one final dramatic turn in which with one of my friends used one high-cost-but-still-bullshit overpowered card to flip the tables and win the game. It was glorious!

The monsters’ design is very stupid and I love it. Some highlights to me are the Cyber Unununium Capybara and the Onioncorn.

I’ve tried to make a childhood dream come true: a playable version of Windows’ ancient 3D Labyrinth screensaver. It is playable but it isn’t much interesting, as the labyrinth is very sterile and lacks the loads of weird shit the original had scattered all over the labyrinth.

It is Pong but with circular, concentric paddles. It looks good and I quite like this one and. I think it is pretty fun, although sometimes it can be too much hard or unfair, especially when playing with two rows or paddles.

I wanted to make a Mini Car Racing clone and ended up with this as the result. There is the “classic” isometric camera and on top of that I also added three other cameras views just for fun. And there is a hidden Leonel that you can find using the third-person behind-your-back camera.

So that was it! These are some very buggy, incomplete, and sometimes bad game prototypes, but I had quite some fun making them. Thanks for reading it!