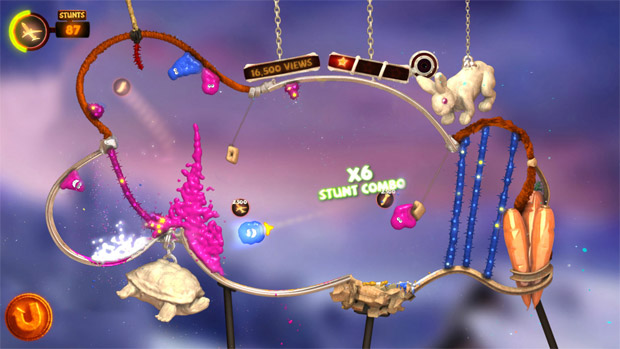 This trailer for Super Splatters, the revised version of The Splatters for Steam, is beyond silly. It does what not enough game trailers do, however — it gets the point across efficiently. The new release is happening on June 26, 2013 for PC and Mac, followed by a Linux port “shortly after.”

Changing direction mid-air is as fun to me now as it was last year on Xbox Live Arcade. Super Splatters is still 30 percent off if you pre-purchase now. Seven bucks is, from what I’ve played of the original game and a new pre-release PC build, a great price. Using a mouse feels like a step up, and I tend to play most of my PC titles with a gamepad.