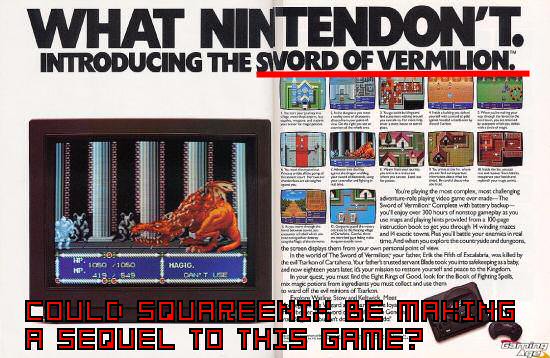 Apparently, Square Enix has registered a new trademark at the Japanese patent office. Square Enix registered the title, Lord of Vermillion on September 27 — so this could this mean they have a new game franchise in the making, or perhaps a sequel to a past Sega game?

Sword of Vermilion was a Genesis title, which could mean Square Enix bought the franchise from Sega. This could also be a sequel or an expansion to Final Fantasy XI, as there was an item in the game called the “Vermillion Cloak,” or Lord of Vermillion could also be a brand new game of its own.

Of course, this is just speculation, and we won’t know more until Square Enix releases some official details about this new game.