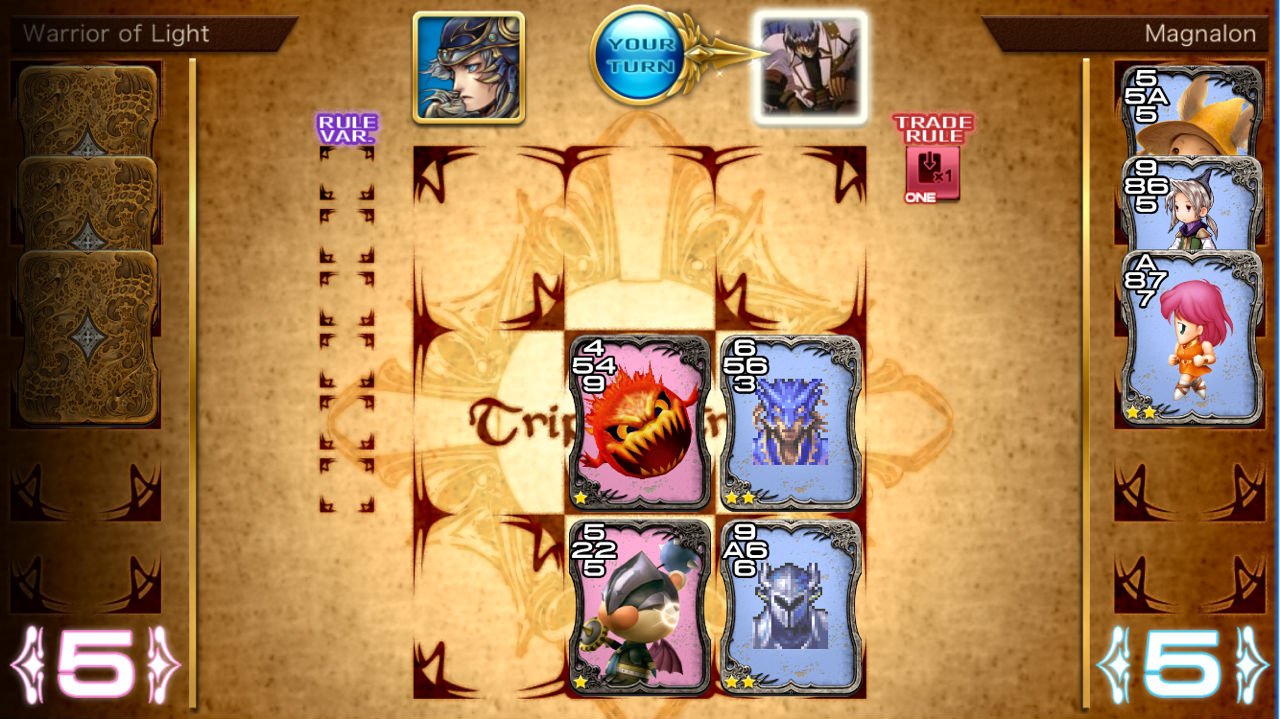 How is it possible to ruin Triple Triad

For those of you who aren’t aware, Triple Triad is an iconic card game that originally debuted in Final Fantasy VIII. It was so iconic that Square decided to use it in multiple series entries over the years, most recently with its inclusion in Final Fantasy XIV. Yesterday, it launched yet again by way of the Final Fantasy Portal app.

Heading over to the “Apps” section of Portal I decided to give Triple Triad a try, and a cold sense of sadness immediately swept over me. First off, to get the most out of the game, you’ll have to link your Square Enix account — which, as we know, can be a pain and a half. So I begrudgingly reset my password and logged in, unaware of what awaited me within.

Even if you log in as a guest, the microtransactions will immediately sweep over you like a mighty tsunami. For starters, there’s energy — yep, five “crystals” of energy — and each one takes 30 minutes to refill. Matches are roughly 30-45 seconds long. Of course, you can pay to keep playing for 100 gil each turn (120 gil is $0.99). It also costs energy to play online.

It’s sad, because there are some new cards in there (like Type-0 references), and the game at its core still holds up. If this is their attempt to try to capture Hearthstone‘s lightning in a bottle, they need to immediately patch out energy. You would think that merely putting out a free version of the game would increase brand awareness, and get tons of people to install Portal (an interactive ad, basically). Instead, Square Enix has run it into the ground.