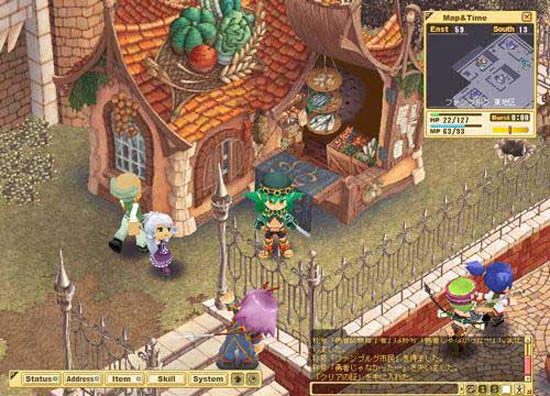 One of those formerly Japan-only, “no fair!” games is actually coming to the US, and its a free MMO from Square Enix to boot!

Concerto Gate is a PC MMORPG, but it plays closer to a console RPG, and includes a roving party, random battles, and big-headed characters. OnNet USA will be the North American publisher for the game.

Concerto Gate includes something called the “terra-generating system,” which constantly changes the topography of the game’s world. Players will begin to see gradual changes in the game’s scenery over time, and OnNet lists demolished forests and sprouting mountains as some examples.

OnNet USA’s CEO Kevin Kim is sure you’ll like this MMORPG. “I guarantee you will like Concerto Gate,” he says. I like his confidence! Let’s hope he’s right.

Be on the lookout for a public beta launching early in 2008.

[Via RPGamer — Thanks Aerox]