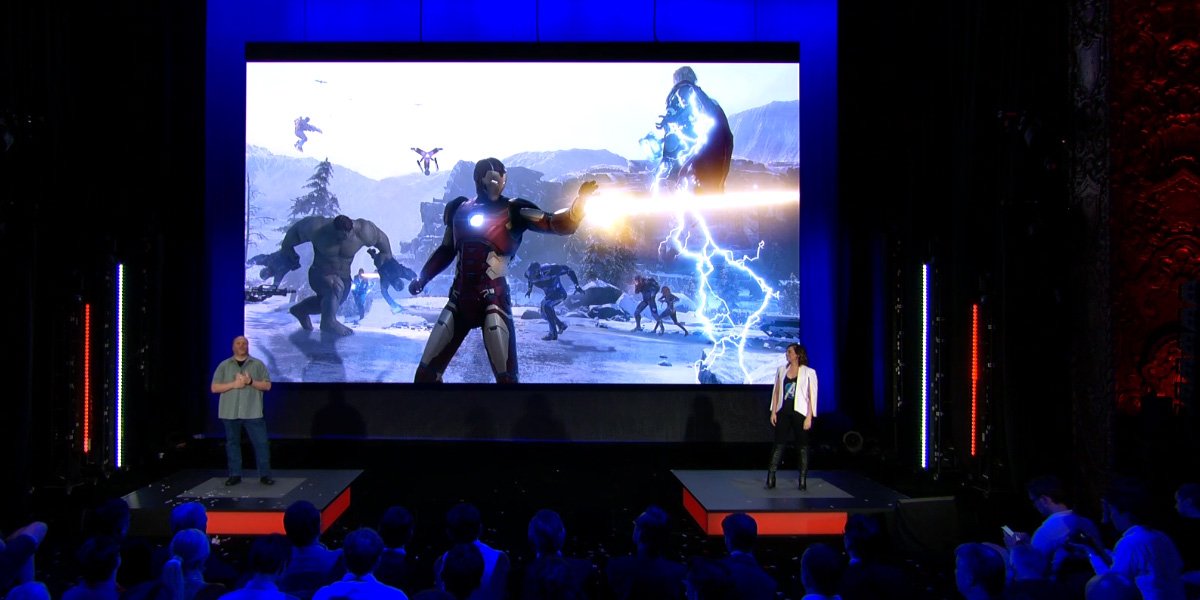 Crystal Dynamics’ Scot Amos and Meagan Marie were up on stage talking up the virtues of the new Marvel’s Avengers game. In what feels like a return to the good old days, it will have continuously releasing downloadable content, including new characters to play as and new locations to visit. And the icing on that cake is that all of that DLC (again, characters and regions) will be free.

After announcing this, a mini trailer may have also hinted at Ant-Man as an upcoming downloadable character.