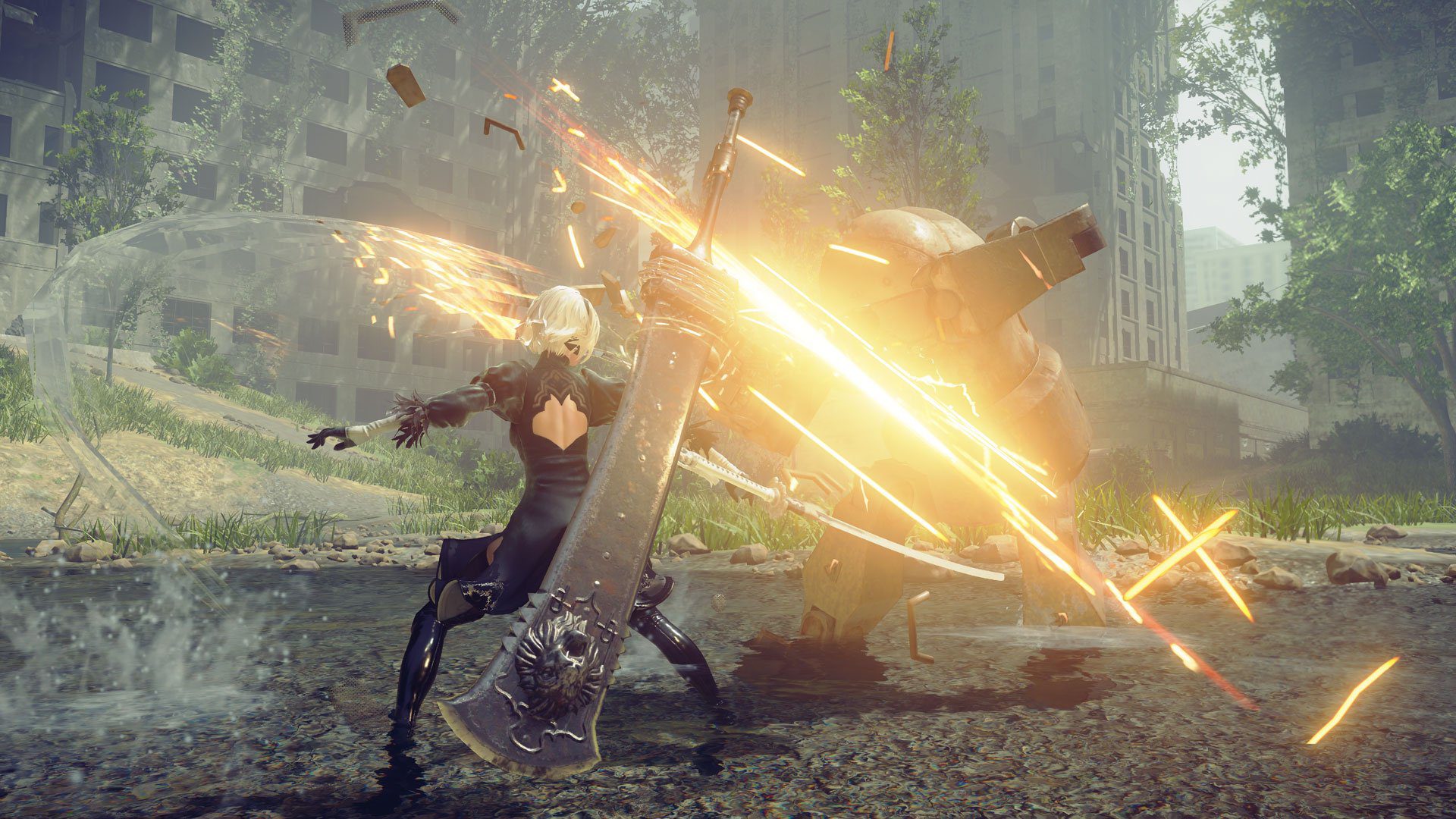 Yoko Taro gets the word out

Naturally, I’ll take any excuse to talk about Automata, especially given that NieR is about to go back in style soon with a new mobile game and a kinda-sorta-remake-kinda-not re-release of the original. The last we heard it was being called a “version up.” You can keep that lingo in the vault along with transfarring, buddy!

Anyway, old Yoko Taro took to Twitter this week to update us on NieR: Automata, or rather, its streaming guidelines. As most folks know, certain publishers sometimes put heavy restrictions on what can be shown in certain games, even years down the line. Some of it is an ill-fated, PR-nightmare of an effort to restrict people from streaming in general; some of it is because of story spoilers.

Well, these guidelines are now updated, in English, for all to see, Taro says. It’s pretty standard stuff, including the regular legal notices, and the ways in which you can use content from the game (Twitter and other microblogging platforms, sharing in-game audio and sharing gameplay videos).

Here are a few restrictions:

“In order not to spoil players’ enjoyment of NieR:Automata, you must mark all content that includes details of major plot developments with a clear spoiler warning.”

“Do not add music or voice data (other than those from NieR:Automata) to the Materials. However, you may place your own speaking voice over the Materials.”

“The audio tracks and music data from NieR:Automata may be used only in videos that use those Materials as they originally appeared in the game (i.e., you can capture a video from the game that includes music, but you cannot separate the music from a gameplay video). Posting only audio tracks and/or music data as standalone content, and/or posting video content with the sole intention of permitting listening to the game’s music, is not permitted.”

“Do not reproduce shared content other than as expressly contemplated by these Terms. For example, you must not collect and distribute Materials via other media—e.g., in book form—even if you do not stand to gain financially from doing so.”

If you’re having trouble viewing the page above, just head to the basic Nier: Automata landing site, click through the age gate, and scroll to the bottom of the page. You’ll see “streaming guidelines” right near the trademark notices.