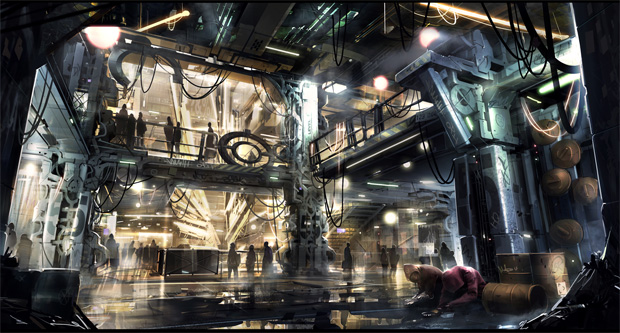 The folks behind Human Revolution are working on a new Deus Ex for current-generation consoles and PC. Could its title be Deus Ex: Mankind Divided? Square Enix trademarked the phrase in the United Kingdom, reports CVG. It sure seems thematically appropriate.

During the brief announcement for the aforementioned unnamed project, studio head David Anfossi spoke about the concept art above, saying the piece “shows trans-humanism segregation, which is a backdrop to our vision for the next Deus Ex. It represents a “ghetto-city’ voluntarily built in order to separate the classes.”

Hmm. That plus “Mankind Divided“? I think we’ve got a match.