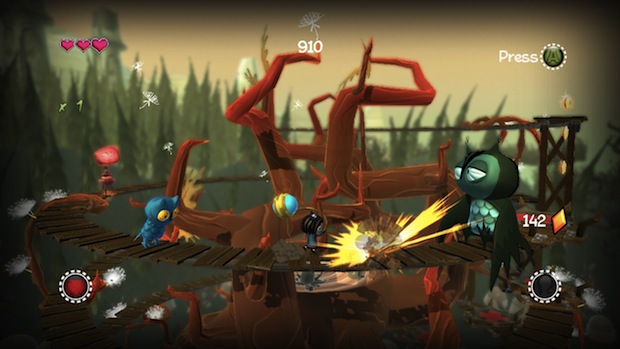 An action/platformer based on Nathan Jurevicius’ graphic novel Scarygirl will land on XBLA and PSN later this month. Developed by Tikgames and published by Square Enix, Scarygirl will hit the Xbox 360 on January 18, and will follow on the PS3 on January 24.

You’ll play as a girl that dresses up like a pirate and has a tentacle arm. Really. She sets out into the world to find out why she’s having scary dreams, and in this game she actually meets the haunting man from those dreams. There’s upgradable tentacles, equip-able items and even co-op play.

I see that Square Enix is getting in on this while it’s hot. The graphic novel is already a big deal, and a fully animated Scarygirl feature film is currently in the works.