As someone who played the hell out of Final Fantasy Crystal Chronicles back in the day, it came as a shock that the upcoming remaster would not support local play. But the more I thought about it, the more I realized that this remaster could work perfectly well for a new generation; not to mention the fact that it deserves to be preserved.

I sat down with the game’s director, Ryoma Araki, to find out how he got involved with the project and why local multiplayer was cut. 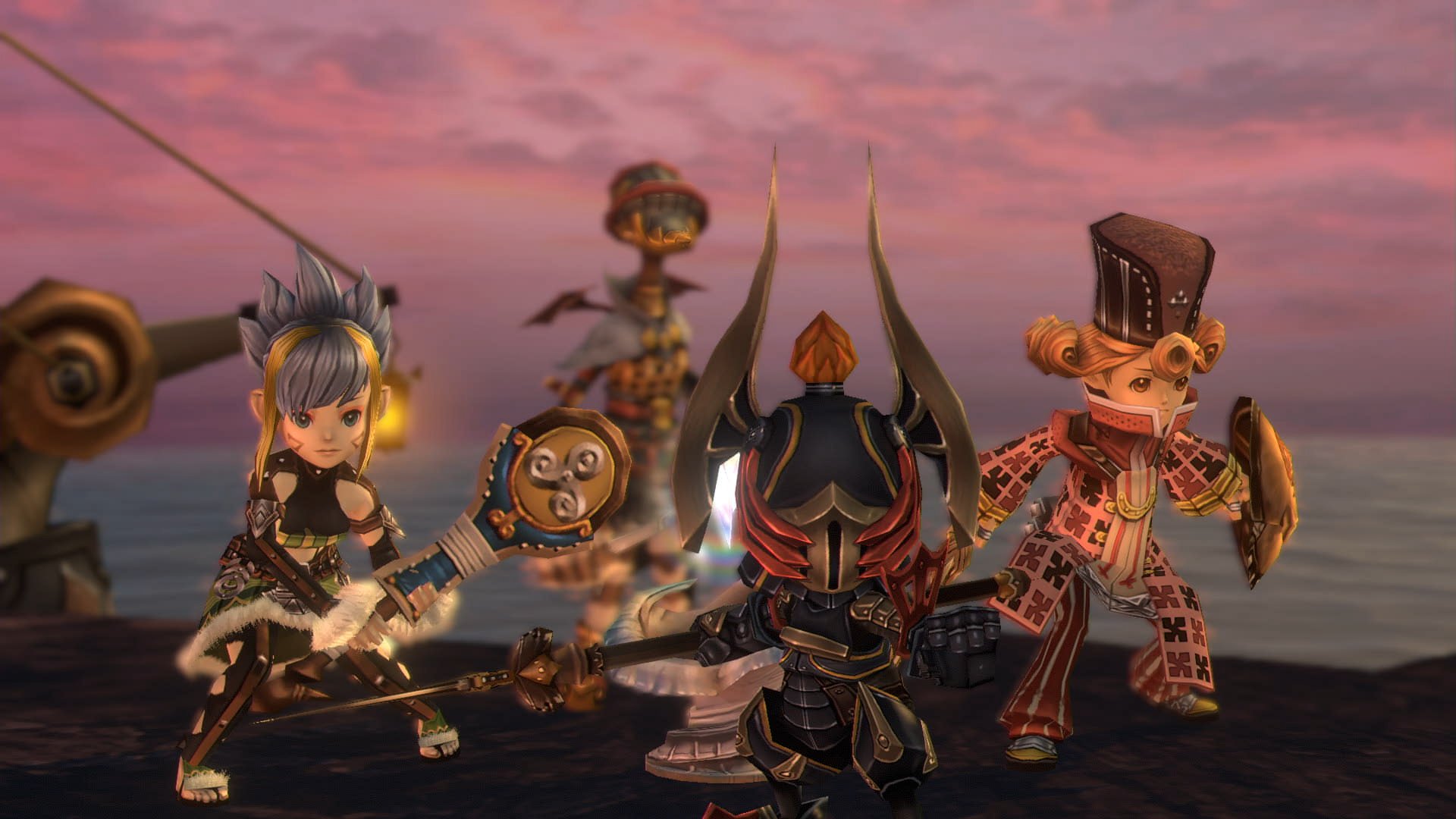 I got right down to business with Araki, and asked him how he feels Crystal Chronicles fits in this modern era of live service games and plentiful remasters. He gave us a pretty thoughtful answer, noting, “I believe that in this current age, gaming experiences have become something to be shared, and I think this title will allow you to share a wonderful experience with your friends,” while stressing that folks can pick up the Lite version of the game to try it out casually. He says this is “the optimal way” of spreading this IP around.

Araki says that he was drawn to the project as a whole because the original Crystal Chronicles was released the same year that he joined Square Enix, so it means something special to him. Araki emphasizes that he “chose this title” when it was “[his] turn to launch a project.” He was working on a GameCube title with a different company before then, but was “struck by Square Enix’s level of talent and craftsmanship” as a whole: that’s when he knew he had to work for them.

As far as his career now, Araki thinks he is up for the task of this particular title’s focus on online play, having “worked on the development of online games for about the past 10 years.” As a reminder, Square Enix is promising cross-play between all platforms — even mobile devices — so the lack of local play stings a bit less. Still, I wanted to get Araki’s take on the whole affair, and asked why local co-op was cut entirely from the remaster. He gave us a rather long answer, explaining: “I believe players of the remaster will enjoy the same multiplayer user experience as they did back in the day with the original game. Three of the four platforms that this game will be released on are portable, so even if all four players play on different hardware, they can play together in the same location, or even if they’re physically far apart. Multiplayer was made so that players can choose how to play depending on their gameplay style.”

Araki says that the decision to cut local play was because “the game didn’t mesh well with local play that would restrict it to one platform.” Instead, he and his team opted to work hard on implementing cross-play, noting, “implementing both a cross-platform feature and a local play feature may be a challenge for us to tackle in the future.” It seems like it was a “one or the other” type situation here.

Following up, I wanted to get a definitive answer on save transfers, and Araki was happy to oblige: “As for cross-save… technically, we don’t have a cross-save feature but just a save data transfer feature. This save data transfer feature was built on an existing system that our company operates to use across various projects. I truly thank our company’s Information Technology division who provided this system.” 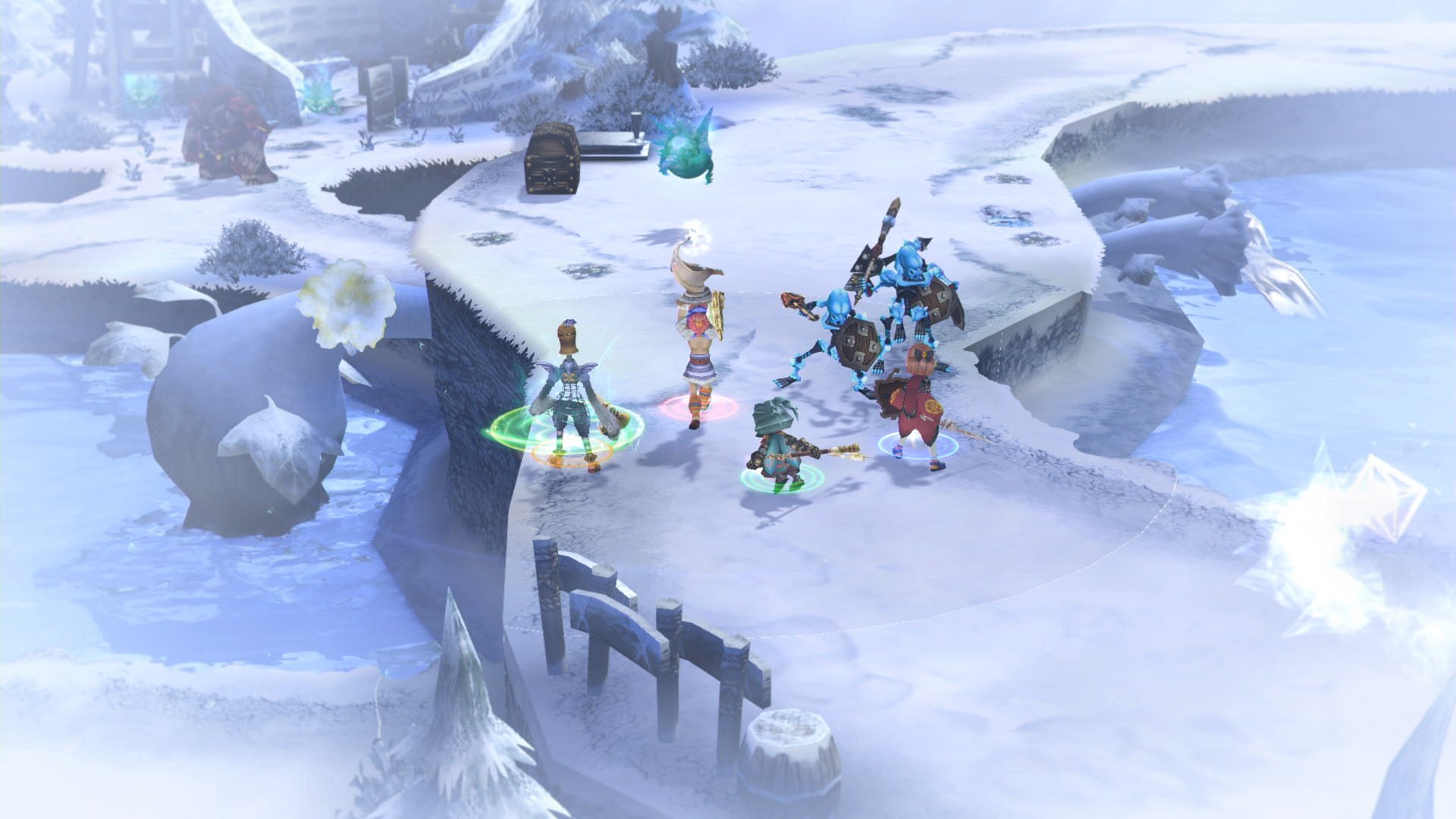 When asked about which platform he feels is the best way to experience the game, Araki didn’t have a preference, telling us: “I believe each platform has its own strengths.” One platform that will not be partaking however, is Xbox One, as Araki confirms “we currently do not have any plans to release this title on Xbox.” But what about sequels? Well, that’s not in the cards yet.

Araki says that he’d “like to go to a quiet hot spring resort to relax” for a bit, and merely “think about what lies ahead,” instead of worrying about sequels right now. There are “no future plans at the moment” for Crystal Chronicle remasters, despite Araki’s love for them, calling them “amazing,” following up that “it would be great to remaster them all.” We could all use a break, I think! Enjoy it.

Whatever your opinion on the lack of local play might be, Final Fantasy Crystal Chronicles Remastered Edition will be released on Android, iOS, PS4, and Nintendo Switch on August 27. I’ll be there.