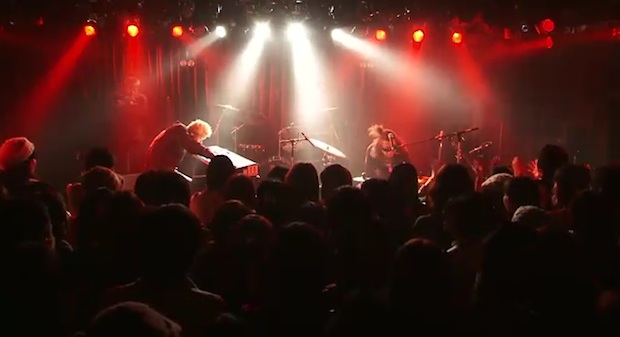 If you want a nice little break from your day, sit back and enjoy these couple of music videos shared by Square Enix Japan’s YouTube channel.

In Japan, Square Enix has a really cool series of remix CDs out, called the SQ series. The third of the series, More SQ, was just released today here in Japan, and like the other two it’s packed with really, really fantastic music. Most of this stuff is really outlandish, creative covers of Final Fantasy tunes. This new one has one of the coolest “Chocobo” remixes I’ve ever heard. It’s hyper and chippy and just makes you happy when you listen to it.

To celebrate this release, Square Enix was kind enough to upload a couple of live performances from the SQ series on YouTube. My favorite, a kick-ass performance by artist Pia-no-jaC, is a blast to listen to and watch. The other (below the jump), from the first album, Love SQ, is one of my favorite tunes on that album. It’s a cover of Final Fantasy III‘s main song, but twisted in a very neat way.

I bet you didn’t know game music could be so cool.