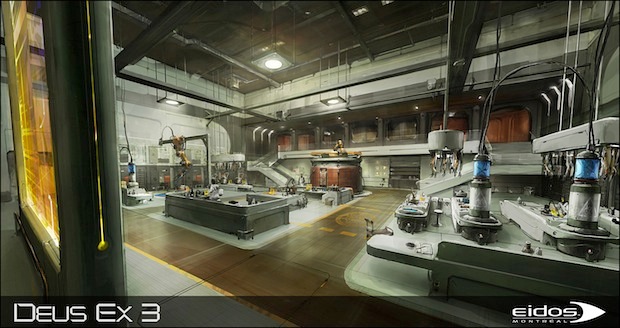 Eidos Montreal isn’t working on Deus Ex 3 alone. In a recent conversation with Edge, studio GM Stephane D’Astous revealed that Square Enix Tokyo is planning to handle the CGI cinematics for the upcoming follow-up to a bad game. Neat.

“It was in April when Square Enix acquired us, and by June, July I was trying to think of a project we could do together. One morning I woke up and I said, we’ll, they’re known for their cinematics, so why not get them involved with those?”

In the short conversation, D’Astous also teased that the Square Enix Tokyo team wants to work on Thief 4 (or Thi4f) in addition to Deus Ex 3. But it appears no firm plans are in place quite yet.

Filed under... #Skeletons are awesome#Square Enix