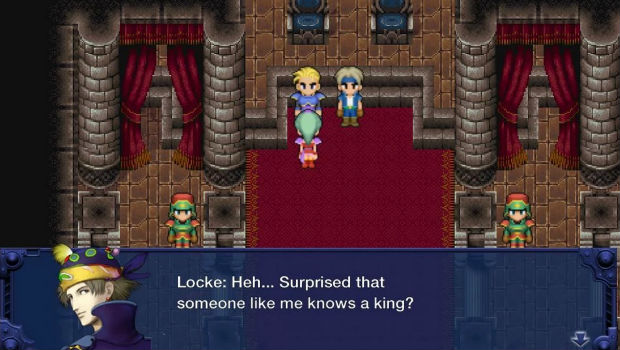 Take a gander at the above header. Look familiar? That’s Final Fantasy VI on mobile devices, and to say it looks interesting is an understatement.

Somehow Square Enix has managed to take the beautiful SNES original and make it look like a flash game, and is selling it for $15.99 on Google Play. This new port evidently has more than “reworked” visuals as well, touting features like touch screen prompts for moves like Sabin’s Blitz abilities. To make matters worse, it appears as if there’s a typo [Esper is correct] in the game’s intro sequence.

I’m generally pretty positive when it comes to the Final Fantasy series as of late. XV looks interesting. I’m anticipating Lightning Returns. Final Fantasy XIV: A Realm Reborn is one of the best MMOs on the market right now. But then something like this happens, and it just makes me upset, folks.