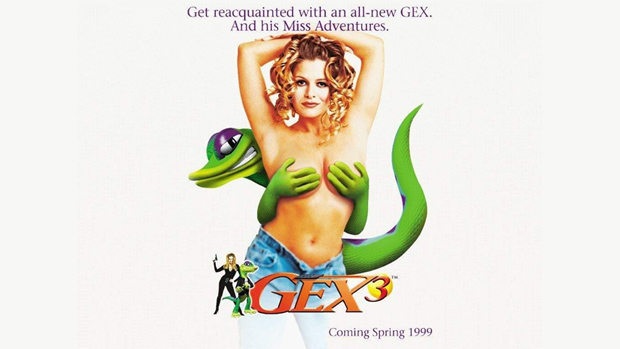 And games based on other old Eidos properties

Before we can dive into the future of Gex, you have to know what Square Enix Collective is. In short, it’s a curated platform for developers to pitch games and receive feedback from both the public and Square Enix before crowdfunding through Kickstarter or Indiegogo. “Essentially, we’re trying to help small teams build awareness of their ideas, and ultimately self-publish — while retaining IP and full creative control,” explains the site’s utterly necessary about page.

Now that Collective has become an “established” platform, Square Enix is opening access to select Eidos properties. The first three are Gex, Fear Effect, and Anachronox. Developers can submit pitches based on those IPs to the publisher for approval — “feel free to mash up genres, and get creative,” it says — and then put the idea out on Collective for community voting. “At the end of that period we’ll weigh up the response, and then decide whether or not to proceed further.”

From there, it’s crowdfunding. “[W]e’ll still take 5% of net crowdfunds raised (assuming the initial target is reached); and we will also distribute the game when it’s done — for that we take the standard distribution fee of 10% net sales revenue, but we’ll also charge a 10% license fee for the use of the IP. And, obviously, we’ll have more involvement in the direction of development — because let’s face it, we want to make sure the game that’s released is the game that’s promised.”

Lot of work to get to that point, but someone will make it happen. I want another 3D platformer Gex because there aren’t enough of those these days, but after that, I’m down for anything.