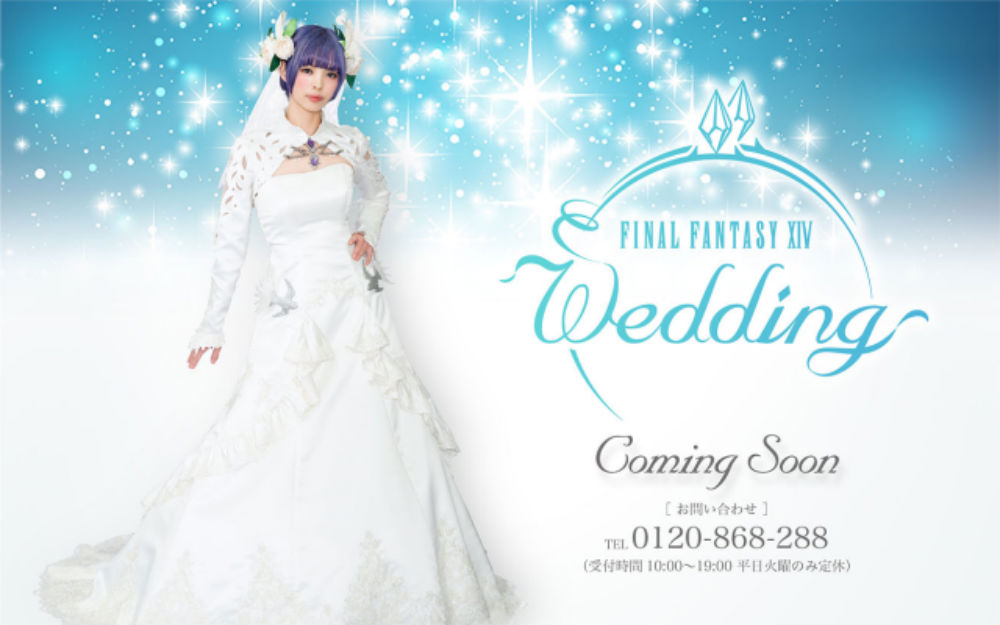 Having known a few people who had wedding (eternal bonding) ceremonies in Final Fantasy XIV: A Realm Reborn, I for sure bet that several of them would have taken up Square Enix on this real-life extra package.

Yep, as an extension of the in-game wedding ceremony (which gifts people items, like a ring that lets you teleport to your partner), there is apparently going to be a real plan that you can buy from Square Enix in conjunction with the Japan-based wedding company Duexzero. The actual outfits are modeled after the in-game costumes and food/drink will be themed after Final Fantasy items.

As SoraNews24 points out, the chapel already looks like it hosts video game-themed weddings, so it was pretty much the perfect match. If you reside in Japan and actually want to follow through with this, you can find more info on the official site.

I was part of a wedding that used Final Fantasy as its soundtrack, but this is a cut above!