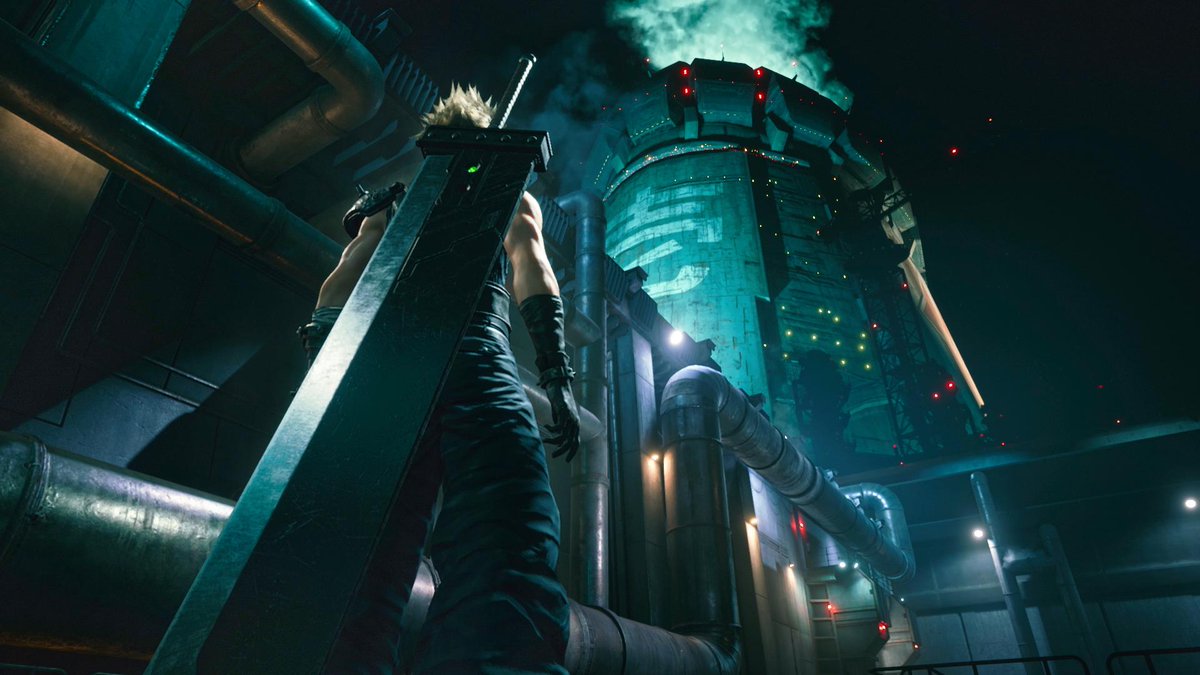 CJ got the early take on Final Fantasy VII Remake at E3 this year, and after having played through the same section he did, I can agree with most of his observations. But this is one of those big deals so we needed to dig deeper than just the floor demo. I went to my appointment with Square Enix’s Yoshinori Kitase armed with my shovel.

Where the floor demo dropped players into the final area of the bombing run mission, up against a few small enemies to prepare players for the Scorpion Sentinel boss fight, the behind-closed-doors demo started from the beginning. That’s right, train pulling into the station, Cloud unnecessarily flipping onto the platform, and tears coming to the edges of my eyes. It’s so beautiful. 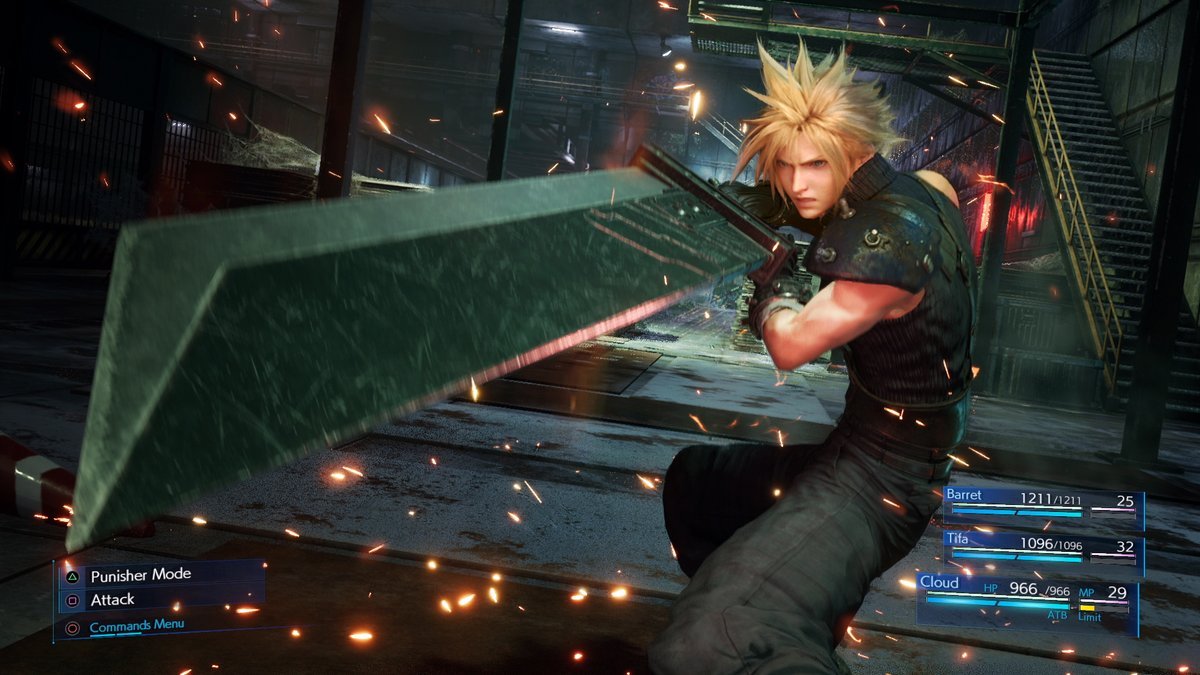 Kitase spent some time talking about what has been going on behind the scenes. The team he put together to work on Final Fantasy VII Remake is made of many of the original game’s core team members overseeing a fresh young cadre of developers. Kitase noted since Final Fantasy VII was a “defining title in the history of video games,” the pressure is on his team to “make something incredible.” What that means in terms of the high-level design philosophy is that the team is treating Final Fantasy VII Remake as a main numbered game in the series. In other words, it’s as if they are developing Final Fantasy XVI, but it has the same story skeleton as Final Fantasy VII.

Kitase and his team intend to put a lot more meat on that skeleton. Given control of this world, they are “trying to go deeper into story and characters.” They want to “reimagine the world without having to cut back.” That not cutting back has made something massive; this first chapter detailing the saga in Midgar, from the bombing mission to the motorcycle escape, spans two Blu-ray discs and according to Kitase is “equivalent to an entire game in its own right.”

A lot of that space is taken up by elements that weren’t in the original. Obviously, the big improvement is in the graphics, but Kitase also noted that Final Fantasy VII didn’t have motion capture or voice acting; Remake does. Speaking of the voice acting, he noted the voice cast is a fresh set of actors, separate from those who play these characters in games like Dissidia or Kingdom Hearts.

After Kitase finishes, we get the basic gameplay as told through the bombing mission. Players begin with control of only Cloud, slashing away with his Buster Sword by hitting the square button and stopping time to use ATB charges for magic, items, and special abilities. What isn’t as obvious is the command mapped to the triangle button; for Cloud, it lets him switch between the speed-based Operator Mode and the power-based Punisher Mode. Think of it like a way to change stances. Some enemies will be more susceptible to his slower, more powerful Punisher attacks, while others may be quick and more easily dealt with by fast Operator attacks.

What’s more interesting is that the triangle button ability is unique to each playable character. Barret’s triangle ability is Overcharge, which lets him gain ATB charges more quickly than normal with the caveat that any time he spends on Overcharge is time he’s not shooting things. We did not get to play with Tifa or Aerith, but we can see in the trailer that Tifa’s triangle command changes between Bash (where it spends most of its time) and Omnipunch, and Aerith’s is an ability called Tempest.

The other thing the behind-closed-doors demo provided was a ton of screen time to Biggs, Wedge, and Jessie. Since they were such minor characters early in the original game, I barely remembered them, but in Remake, they get more fleshed-out personalities and dialogue. Biggs is the distrusting hacker, Wedge has a heart of gold and he believes Cloud does too, and Jessie, well, I accidentally fell in love with Jessie. It’s clear from this demo Kitase really means it when he says Final Fantasy VII Remake is going deeper into the characters. 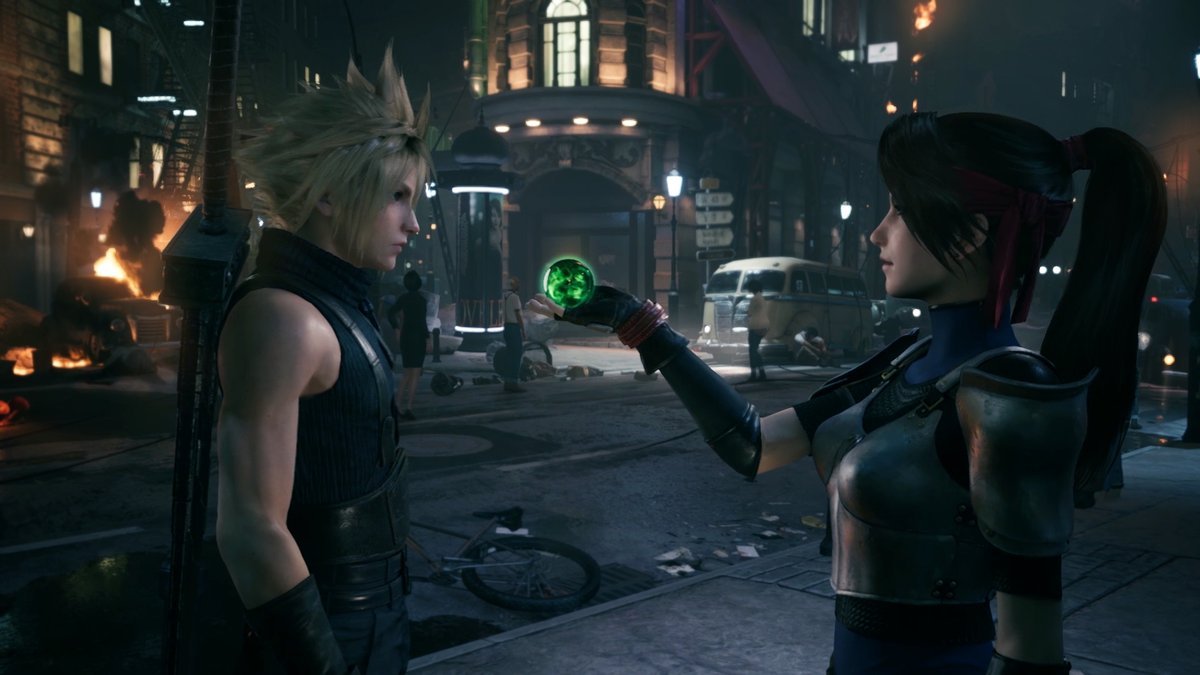 One last thing Kitase said about the philosophical approach to remaking one of the most iconic role-playing games in history is that the team wants to “push boundaries and surprise players.” Veterans of the old command-based battle system already feel this; the switch to a more action-focused combat is surprising, for sure. Delving deeper into the stories will no doubt yield some more surprises. I joked that they should kill Cloud at the end of the first act. That would be surprising.

But perhaps the most surprising thing of all is that despite the trepidation about the direction Final Fantasy VII Remake is taking the battle system, I’m now more excited for it than ever. Like CJ, I’m still not sold that the combat will be better or more satisfying than the original, but I’m getting more and more behind the idea that making the major change is the right decision regardless.