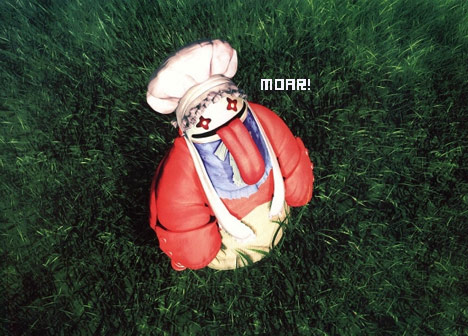 Square Enix announced today that they might soon begin buying stock in its competitors. Speaking with Reuters, SE president Yoichi Wada mentioned that the company “face[s] competition not only from Japanese videogame companies but from game companies worldwide. We also see some new players from outside the videogame industry coming in.” Given Square Enix’s forays into feature movies and their partnership with Disney as well as their booming soundtrack business, it comes as no surprise that the scope of their business model extends beyond the videogames industry.

Don’t forget that Square Enix itself is the result of a merger and that they bought Taito (of Space Invaders fame) two years ago. According to Next-Gen, Square’s acquisition pattern is cyclical and Wada says that it’s “time for the next round.” While Square Enix has no strict budget set aside for acquisitions, Wada mentioned that they can play fast and loose with about 290 million company shares (worth about $9.2 billion) without approval from shareholders. Last month, SE also announced that it would be switching to a holding company structure in October.

Like EA, Vivendi, and THQ, Square Enix are looking to come out on top of an increasingly competitive market by acquiring rival companies. Wada hopes that their acquisition strategy will boost profits and net income.

From a fan’s perspective, the most exciting news to come of this announcement is Square Enix plans to boost the ratio of overseas software sales. Currently, overseas markets make up about 50% of Square Enix’s revenue — Wada wants to push that up to 80%. In short, we gaijin will be getting more games.

Acquisitions are generally lamented as the dearth of smaller companies and innovation, but Square doesn’t have a reputation for scuttling smaller developers (at least not yet).  What do you all think about Wada’s announcement?