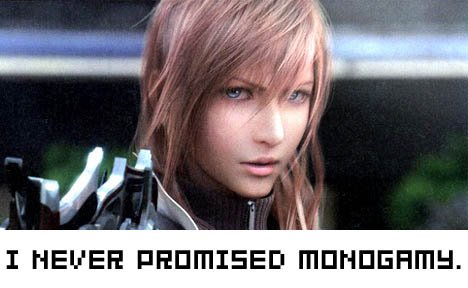 It seems that the guys and gals over at Square Enix have a severe waterfowl disalignment issue  — their ducks aren’t in any sort of comprehensible rows. Take, for example, Final Fantasy XIII executive producer Shinji Hashimoto, who said last week that plans for the Xbox 360 were “a blank page.” Now, SE is revisiting that position, having told GameIndustry.biz that “Hashimoto-san was talking about the current situation,” which would imply that the future situation was still up in the air.

“The series has always been single console and given the Xbox 360 sell through in Japan, it would be hard to put the next Final Fantasy installment on the 360 only.

“Square Enix faces a dilemma: put the next game on the 360 only and alienate Japanese fans, depart with tradition and make it multi-platform, or go with PS3 as an exclusive and deal with the backlash from the west.

“I view Square Enix as a tradition-bound company, and expect the last alternative to be chosen.”

This little bit of PR double-talk is just the latest in an infinite cycle of rumor-mongering, and I’m well aware that I’m just feeding the flames. Similarly, analyst sound bites are about as useful as sour milk. But it still raises a few interesting questions: Is there really that much dichotomy between Japanese and Western gamers? And if so, how is Square Enix going to walk that line, with “tradition” or economics?

Hit the jump for more speculation, double-talk, and a lack of concrete answers. 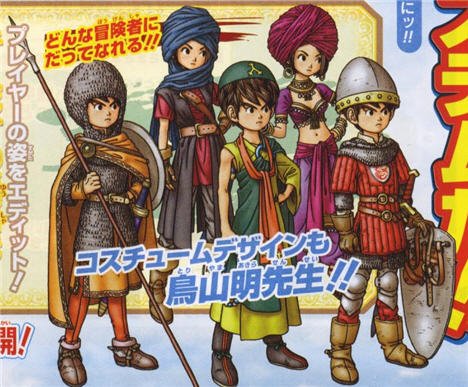 I don’t mean to sound altruistic, but I have to say that the notion of a market divided into Japan vs. Everybody Else worries me. If the rising costs of game production, coupled with vast cultural differences, translates into less availble games (as Mr. Patcher would seem to imply), then I’m not going to be a happy camper.

However, I must admit that I’m pretty skeptical of Mr. Pachter’s sense of tradition: The last 3 games in the Final Fantasy series all diverged from any type of tradition. X-2 was a direct sequel, XI was an MMORPG, and XII did away with random encounters, a staple of traditional RPGs. The entangled mess that is Fabula Nova Crystalis FFXIII and Compilation of FFVII don’t seem much better. And we haven’t even talked about the innumerable spin-offs, ports, and remakes. The bottom line is that Square Enix hasn’t been traditional since the PS2 days.

Let’s take a look at another one of Square Enix’s cherished, not to mention profitable, franchises: Dragon Quest IX, originally slated as a PS3 exclusive, will be released on the DS. Traditionally, the DQ series has been availble on Sony consoles. So what gives? Maybe Wada-san, SE chief executive, can shed some light:

“We chose the Nintendo DS because the widest array of people use it, including people who previously did not play games before.”

Oh, well, it sounds like a question of installed base. SE is, after all, a company and should make decisions that make economic sense. The problem, of course, is that neither the 360 nor the PS3 make economic sense on a worldwide market. When you take into account that exclusives are rapidly becoming too expensive to be profitable, it sounds like Square Enix (and the games industry as a whole?) has a bit of a problem. Walking the line between East and West while remaining financially viable is proving to be difficult. More and more, it seems like SE is just winging it, also known as running around like a chicken with its head cut off. This is a shame since I firmly believe that they have a lot to offer.

The obvious solution to both of these problems is a multi-platform release. If Square really wanted to be zany, they could release FFXIII on the PS3 in Japan, wait a few months and release in the States, and then … wait for it … here’s the kicker … release it for the 360. That way, everyone could have their precious single-console Final Fantasy, at least for a little while until Square Enix wants to actually make money.

Is this my official prediction? No. Do I think that this is the route that SE will take? In such a volatile market, a strategy based around PS3 exclusivity appears too high-risk, so I wouldn’t close the door just yet on dumping “tradition” for a bottom line.

Hell, I wouldn’t close the door on anything. Who knows what headless chickens are capable of?