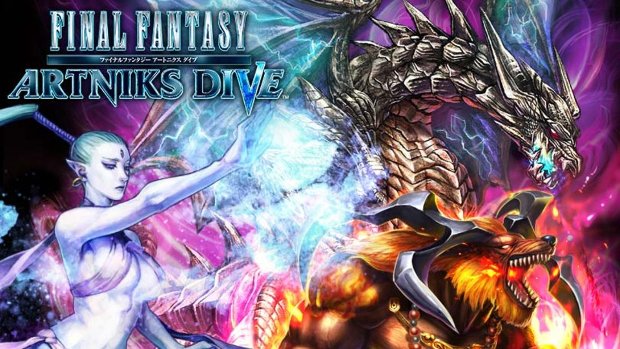 A new Final Fantasy game! Like the old ones! But from Gree… And for your phone…

Gree has announced a new RPG for Android and Apple phones and tablets this year, Final Fantasy Artniks Dive. Yes, Final Fantasy. This is happening in partnership with Square Enix, developers of Final Fantasy: All the Bravest.

Artniks Dive looks like an old school Final Fantasy in the screens (so did All the Bravest), with some cool monster designs, though your entire party is the same brown-haired idiot with a cowlick. Get some product!

If you’re in Japan, you can pre-register for the RPG, which is meant to release later this summer. No word if it will be coming west.