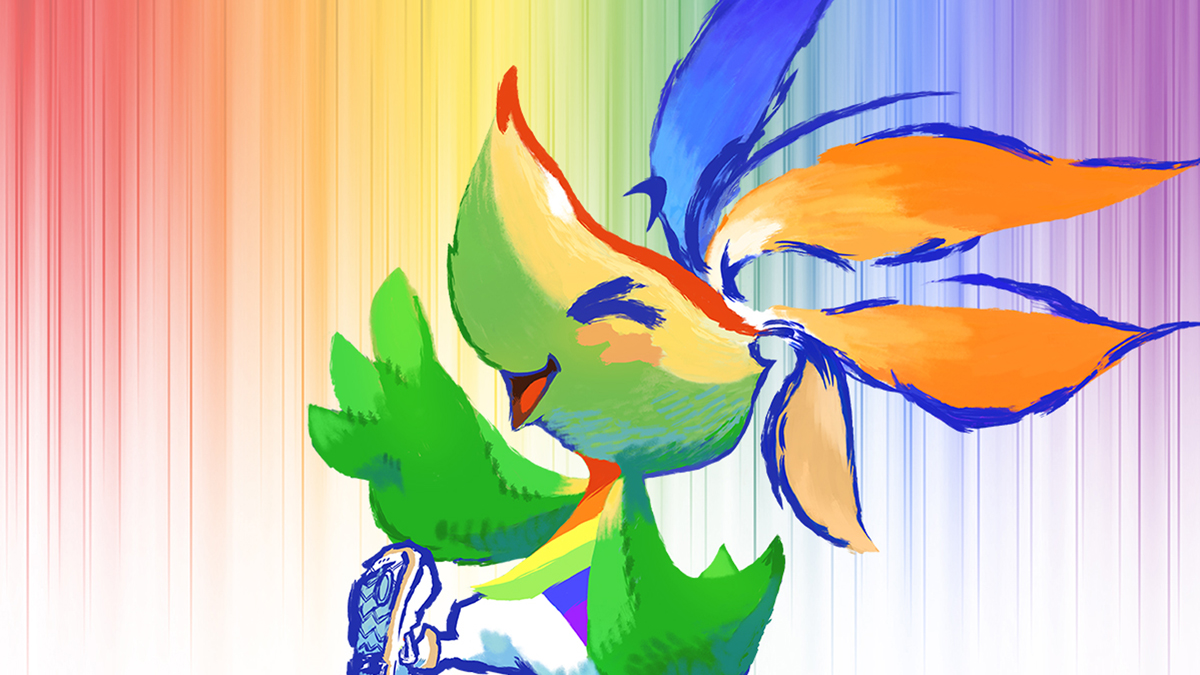 I see your true colors shining through

My, my, where did the time go? I’ve spent so much of this never-ending cesspool of garbage monster discharge we call June being disgusted with what I see online that I completely forgot I’m supposed to be proud for Pride. Ugh…looks like it’s another June where I’ve let the gays down.

One person who is not letting the gays down is Square Enix artist Toshiyuki Itahana. Best known as the lead character designer for the Crystal Chronicles and Chocobo spin-off franchises, Itahana has spent his June creating a new company mascot for Pride. And here they are:

This #PrideMonth, we wanted to do something special to show our support for the LGBTQ+ community.

I give this design two snaps and a twist. Seriously, I want this character in a game, on a t-shirt, and as their own amiibo. According to Itahana, this new, currently unnamed character has a greater meaning than just being cute:

The character represents diversity and freedom, with its multitude of colours being the diversity aspect and the trainers and wings that allow it to travel anywhere symbolizing freedom. I designed this character hoping that the world can become even more free and diverse in the future.

Ball’s in your court, other game artists.