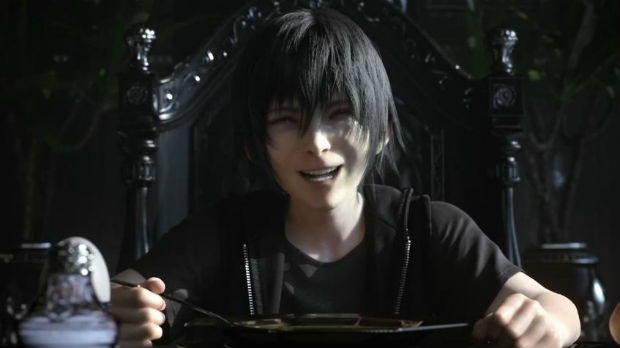 Final Fantasy XV: An Indignant Boy Eating Food, will not have any new developments at E3 this year. Neither will Kingdom Hearts 3.

When asked point blank by Famitsu if these will show at E3, Square’s Shinji Hashimoto stated, “We are are working diligently on KH3, but I think releasing new information will still take some time. We included a small part regarding the story of KH3 In the new trailer KH 2.5 prepared for E3 2014, so please check that out.”

That’s not to say that Square Enix isn’t showing a lot though, as tons of big Final Fantasy XIV news is expected to drop, alongside of possible new announcements. I’ll keep my fingers crossed.