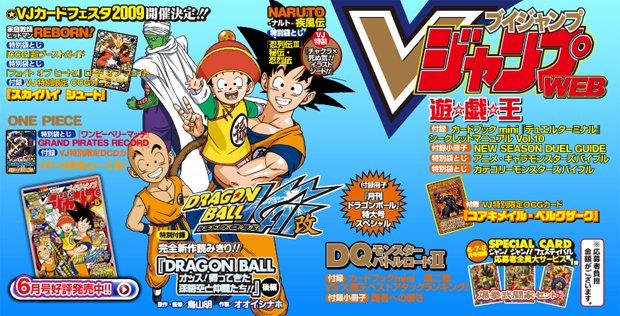 Unless you’re a manga fanatic, you may not have heard of Japanese magazine V Jump, but if you’re a Square Enix fan you’re sure to remember them after today. It seems that a mention popped up in their pages of a new game project with the king of RPGs. The excerpt follows:

“Square Enix [and V Jump] begin ‘Project V’, which will create a next-generation blockbuster! Perhaps your ideas will become reality?!”.

Considering that Square has its fingers in many pies, there is no proof that this means there is a game on the way, considering that they also publish some anime series (such as the recent Kuroshitsuji). It would be really cool if it was a game though. I’m unfamiliar withthe unique characters of the Jump universe — anyone have any ideas about what this might be?