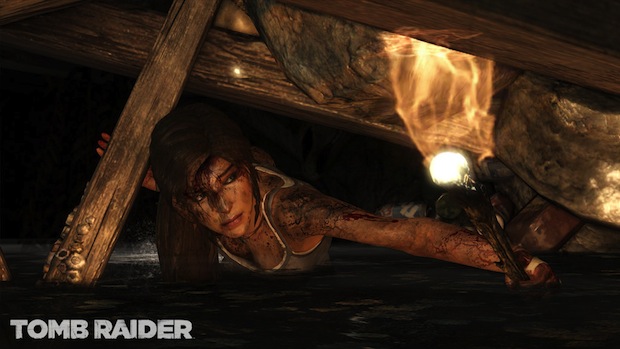 You’ve heard so much about the new Tomb Raider, so here’s the first chance you’ll have to play it. If you’re going to San Diego Comic-Con this week (July 12-15), you’ll find Tomb Raider there as a playable demo at Square Enix’s booth on the show floor. They say that there will be more than 20 Xbox 360 kiosks open for you.

Two Tomb Raider panels are set for this weekend. One takes place at Nerd HQ Saturday at noon. The other, “Reimagining A Gaming Icon, Lara Croft,” goes down at the convention center on Saturday at 6 p.m., in room 5AB.

In related news, Square Enix will also be giving away a Tomb Raider themed Xbox 360 daily at three locations: The Square Enix booth, Nerd Machine HQ (344 7th Ave) and at the GameSpot Gameroom (224 5th Ave). A cosplay event is also scheduled for Lara Croft look-alikes at Lou and Mickey’s restaurant (224 5th Ave) on Sunday at 1pm.

Outside of Tomb Raider, you’ll be able to get hands on with Heroes of Ruin, Kingdom Heards 3D [Dream Drop Distance], Sleeping Dogs and Hitman: Absolution at the show this weekend. The locations for these games are listed below.