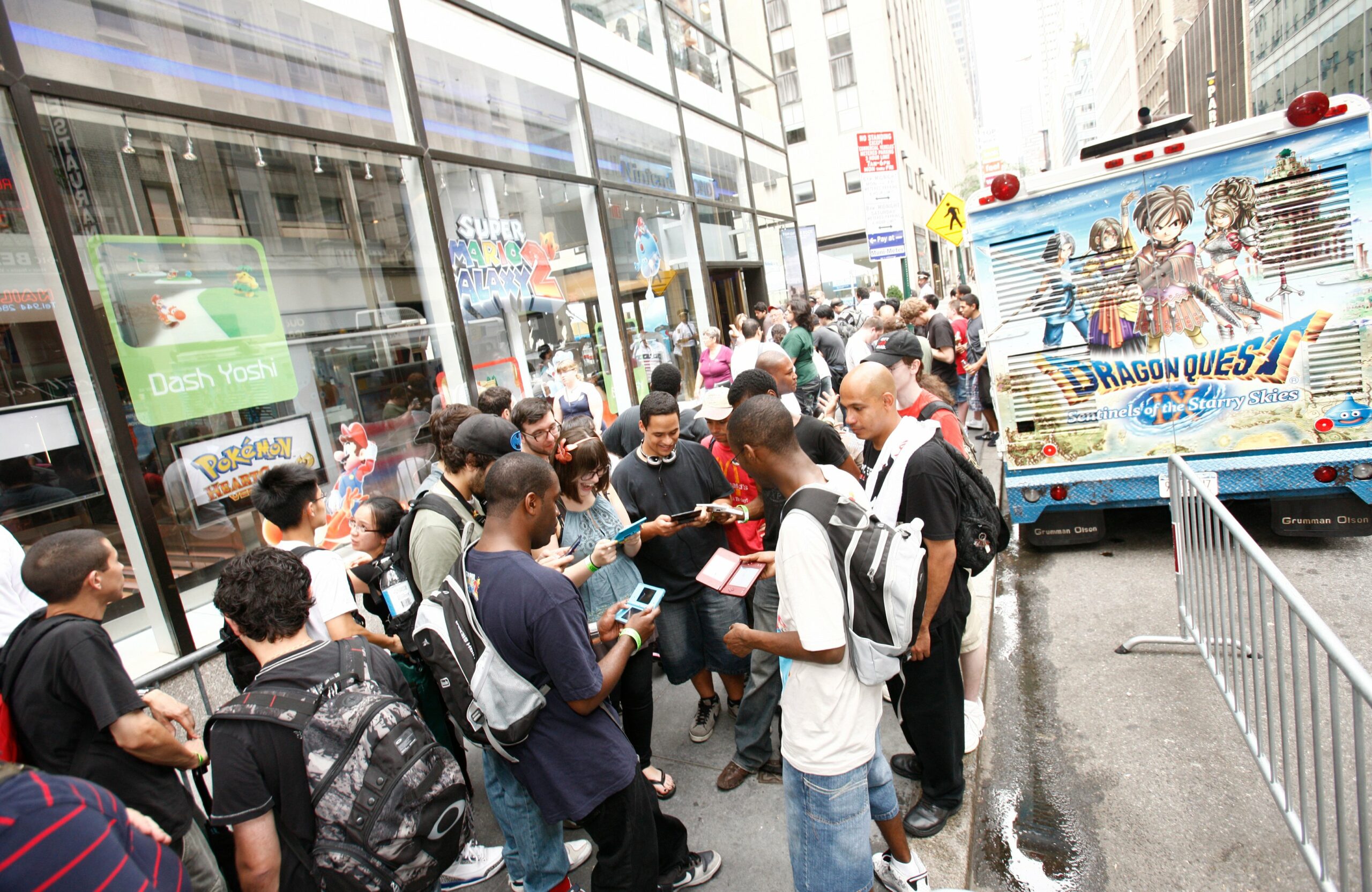 The whole “kids and salarymen skipped school/work” to buy and play Dragon Quest legend is one of my favorite stories to tell people who aren’t familiar with the world of games.

It’s a fun little story that has grown in popularity in the past few decades; one that shows the monumental impact of the gaming industry on every day life. The thing is, it’s always in dispute as to whether or not it’s actually true or just a myth.  At E3, Dragon Quest producer Yuu Miyake shed some light on the legend with Game Informer — and confirmed that based on his experience, it’s actually true.

When Miyake is asked about the legend, he succinctly states “in short, yes, that’s true.” He elaborates: “When Dragon Quest III came out, tons and tons of kids skipped school to go buy the game. The police actually said, ‘You guys need to do something about this. This is not okay.’ [This was] back in the era of Enix, and so Dragon Quest started being sold only on Saturdays. Actually, it’s the only [series] sold on Saturday.”

So why was this ever considered a myth? While we’ve seen the pictures of long lines waiting to buy Dragon Quest games, a lot of onlookers disputed the authenticity of them. Plus, there’s a sub rumor within this narrative that claims that the Japanese government stepped in to force Enix to shift the release date, which is not accurate — instead, this was settled in house with Enix and Nintendo before it ever came to that.

Before the age of information it was tough to get solid confirmation, but now with Miyake’s testament that the police actually stepped in and asked them to change the date, we have a whole lot more context.