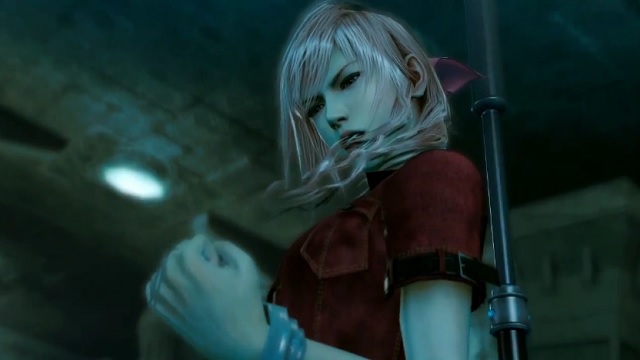 Lightning Returns ‘strategy guide exclusive DLC’ was up for grabs

If you ever needed a reason to loathe “retailer exclusive” DLC, here’s one. Recently, Lightning Returns went on sale in Japan, and was launched with tons of various retailer specific DLC promotions and schemes (anyone remember the Mass Effect Doctor Pepper codes?). Apparently, the Aerith costume was specific to the V Jump strategy guide — or, it was, until Square Enix put it plainly on sale on the marketplace for everyone to grab.

The DLC was subsequently pulled, after a public apology on Twitter to the publisher of the guide. Basically, this situation presents more problems than I can count. Not only are some fans essentially punished for not checking the store fast enough, but the vast majority of buyers are punished in general for not buying the guide to get the DLC. That’s not even mentioning the age old argument of “what ever happened to everything being ‘on the disc’?” With silly situations like this, it’s becoming increasingly more difficult to justify retailer exclusive content.

I get that a publisher has to make more money, but is the cost to fan loyalty worth it in the long term? As the phrase goes — many people will “just wait until the Game of the Year Edition,” and many more will just ignore the game altogether because of these anti-consumer deals. As a general rule I don’t mind meaningful DLC, but retailer exclusive content needs to go away fast.