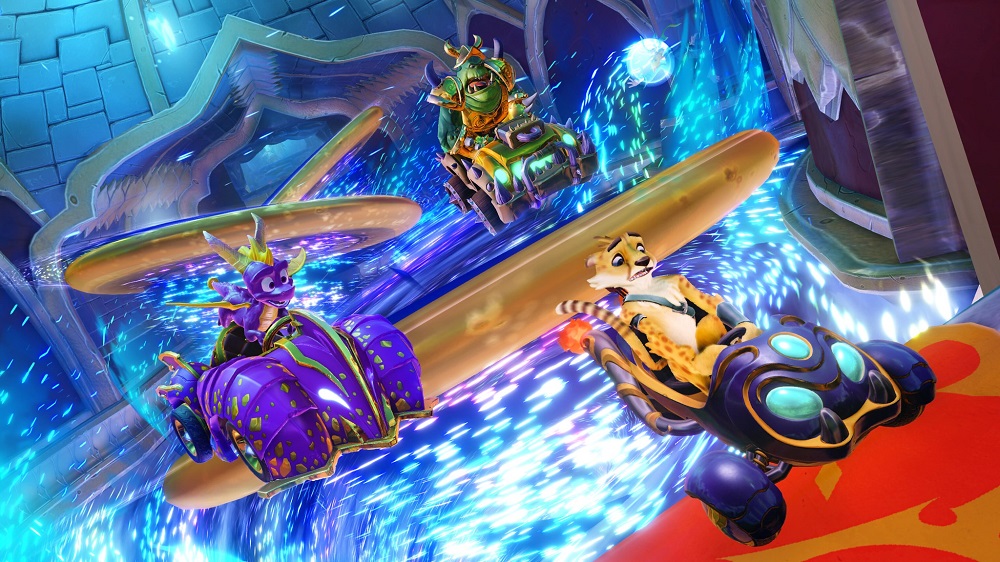 Activision’s racer remake Crash Team Racing Nitro-Fueled is getting revved up for its next Grand Prix event, which sees players grind out races and challenges in order to unlock new gear, customisation options, and characters for their garage. This time around, we’ll see a familiar face on the starting grid, as Spyro the Dragon is going to be one of this event’s guest stars.

The Spyro & Friends Grand Prix event – which begins this weekend – will offer Spyro himself, along with Gnasty Gnorc and Hunter the Cheetah as unlockable characters, each with their own slick roadsters. Also up for the grabs are the usual glut of decals, stickers and paint jobs. The update is also bringing an all-new track to the party, Spyro Circuit, which is comprised of recognisable items, characters and locations from the classic Spyro the Dragon games.