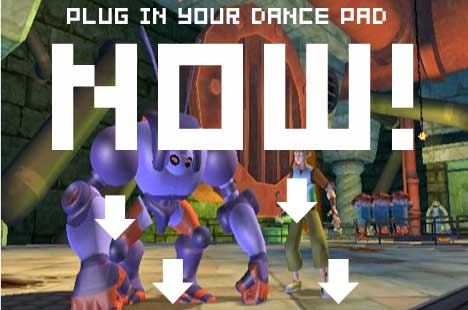 When speaking with Spyborgs creative director Mike Stout, he admitted there may be a chance the team could include Balance Board support in the Wii exclusive.

“It would be really cool,” he said, “but we’re not sure if we can yet. So there are a few opportunities for it in other places of the game that we haven’t talked about either, and we’re also thinking about that.”

Balance Board support seems an obvious choice, since one of the game’s characters, Kinetic, rides a hoverboard of some sort. But what about other peripherals?

“One of our programmers joked that we should support every peripheral,” Stout said, laughing. It would just flash up on the screen — ‘Alright, put on your dance pad now! OK, plug in your Wii Zapper! Plus in your Rock Band drums!'”

Hey, maybe they’re on to something here …