Hey, remember Spy Party? The game has been around for a while, but it really made a splash at PAX 10. I got a chance to check the game out myself, and while it was fun, I kept thinking “this is the game by the guy that called the Wii a piece of sh*t? It looks like it could run on the PS1…”

That’s because one of the game’s developers, Chris Hecker, went on a rant a while back about how the Wii how the console is a piece of sh*t, how it’s just two Gamecube’s duct-taped together, and how Nintendo doesn’t care about progressing games as an art form. Everything that Mr. Hecker has said or done in the gaming world since that day has been overshadowed by those statements, and it sounds like he’s mad about it. Worse, it sounds like he blames the press for it.

It may take me a little while, but I want to say a few words about why this is completely ridiculous.

Opinion: Hecker On ‘Me And The Wii’ [Gamasutra]

So, Chris Hecker got up on stage and said that the Wii is a piece of shit, and then people got really angry at him. Some people apparently threatened his wife as well. I’ve gone through that myself, and I don’t blame him for being upset about it.

That said, being upset is no excuse for shooting the messenger. By blaming the press, Mr Hecker is shifting the responsibility from the only two parties that are responsible for the way people reacted to his statements; himself, and the people that got pissed at him.

Just as Mr Hecker seems to think that Nintendo has a responsibility to put out more powerful hardware and make games that fit to his arbitrary standard of “art”, he also seems to think that the gaming press owes him something as well. Instead of being grateful that we’ve paid any attention to him at all, he’s criticizing him for not reporting his exact thoughts and ideas accurately enough and “with the right context”.

I find this attitude very hard to relate with.

All I can try to do is apply some empathy to this situation, and put myself in Mr. Hecker’s shoes. What if I said something that the gaming press picked up on and turned into a soundbite? What if I suddenly had legions of fans (and foes) develop overnight based on the statements that I had made? What if some people didn’t fully understand my thoughts because they only bothered to read the headline and not the full statements? Would I be surprised about this? Probably not. Would I be angry about it? Maybe. Would I blame anyone but myself? No, definitely not.

The only times I’ve ever gotten upset at the press is when they’ve made up lies about things that I said or that I did. When I’ve been intentionally misrepresented or mis-edited, then sure, I’ve gotten upset, but only because it sucks to dedicate a large portion of your life to communicating with people, only to have your ideas intentionally distorted.

That’s the key of my issue with Mr Hecker’s stance on the press. His not complaining about being misquoted or otherwise intentionally fucked with. Instead, his issue seems to be that he thinks the press shouldn’t have paid attention to the most interesting, direct, and expressive thing he’s probably ever said about videogames, and used it as a headline. He seems to think that we should have watered his statements down for him, in order to inspire less of a powerful reaction. Of course, I could be misunderstanding the guy, but that’s what I make of the situation. 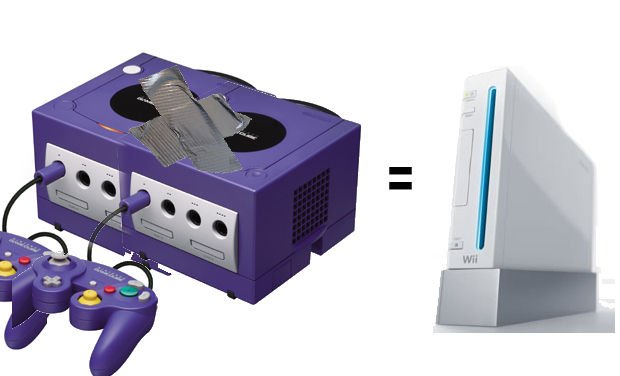 Is he right? Should we have said something like “Spore developer says that the Wii isn’t as powerful as it should be” or “Spore developer thinks Nintendo needs to work harder to make artistically valid games”? I don’t think so. That would have been pretty dull, and more importantly, it wouldn’t have been as accurate. Besides, it’s not the press’s job to get into people’s heads on their behalf and explain to the world what they really think. It’s our job to quote them, provide context via a direct link to their full statements, and let the world decide from there what to make of it, while providing some editorial of our own.

We quote developers and publisher in that manner everyday, yet it’s rare for the gaming audience to stand up and take notice they way they did towards Mr Hecker. David Jaffe has the tendency to get that kind of response, as do a few other developers, but for the most part, it just doesn’t happen. That’s the proof that it was Mr Hecker’s statements, not the way they were represented by the press, that caused the subsequent blowout. In seven words or less), he summed up the thoughts of millions of videogame fans the world over, and became the unintentional representative of Wii-a-phobic gamers everywhere. That’s why he’s become so deeply associated with the quote. That’s why people either love him or hate him for it. It has nothing to do with the gaming press. It’s all because he expressed himself extremely well, maybe a little bit too well for his own tastes.

I’ve known a lot of game developers who are fearful of the press. They are worried about losing control of their message, about being misunderstood by the journalist and/or the gaming public. Dealing with the outside world isn’t always their favorite thing. A lot of the time, part of why they got into gaming in the first place was to have complete control over a little microcosm of their own.

Mr Hecker, you don’t have to keep explaining and re-explaining you thoughts on the Wii. Watering down your thoughts in a more polite, contained package doesn’t change anything. We got you the first time, loud and clear. You meant what you said the first time, loud and clear. That’s why you’re probably going to be known as the “Wii is piece of shit guy” for a long, long time.

That may not be what you planned, but it’s a lot better than most people ever get, so instead of complaining about it, why not just deal with it?