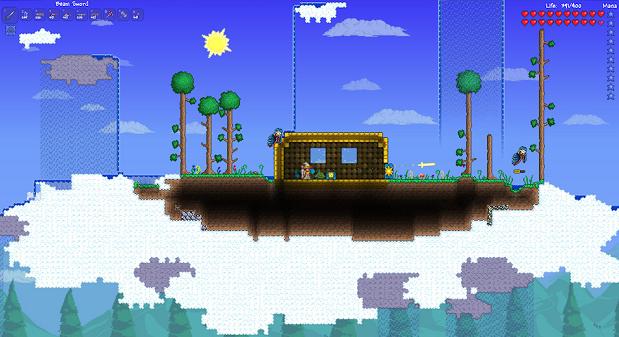 Early last year, Terraria developer Redigit released a statement that there would be no more major updates to the 2D open-world phenomenon, citing fatherhood as the main reason for moving on. Fortunately for fans of the game, it turns out raising a child isn’t too difficult, because a new update is set for July, and judging by the above video, we can expect some pretty substantial additions.

We’ve already seen images of the new water physics, but some previously unseen stuff appears in this video. Right off the bat, I noticed an Eater of Souls pet, angular terrain that allows the player to run over uneven surfaces (and makes angled roofing look better), a rocket launcher, and some crazy technicolor liquid that would put Joseph’s dreamcoat to shame. Did I miss anything?