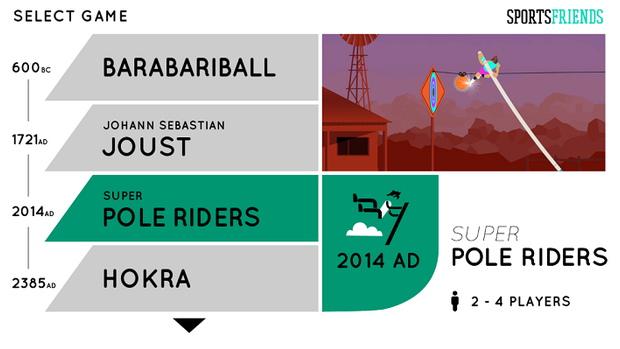 A delay and a not delay. Hooray!

Something tells me a lot of you have forgotten about Sportsfriends. Maybe because it has the word, “sports” in the title. But don’t forget. Sportsfriends is a bundle of magical, incredibly fun local multiplayer games.

And while it’s no longer coming out this month to PS3 and PS4, the Windows/Mac/Linux versions will now be hitting beta right when the game launches on Sony consoles, as opposed to a few weeks later. It’s a delay couched in a pushed up release date, depending on your platform of choice.

Sportsfriends consists of Hokra, Super Pole Riders, BaraBariBall, and Johann Sebastian Joust. They are all mad fun, especially BaraBariBall for its Samurai Gunn sort of precision combat and Joust for letting you beat up your friends in real life.