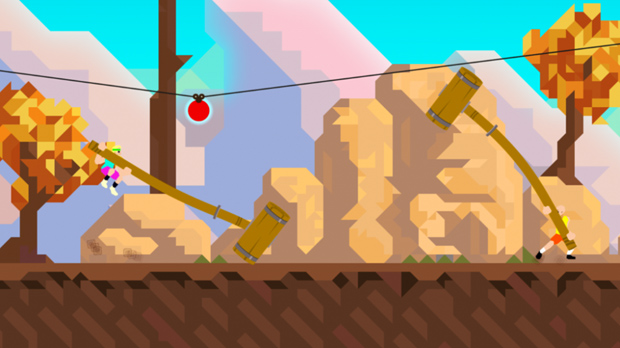 It’s been a long road to releasing Sportsfriends but this collection of four fun local multiplayer games is almost there. The PS3 and PS4 versions of the game launch May 6 in North America ($14.99) and a day later in Europe and Australia (€13.99), followed by a Windows/Mac/Linux release “some weeks later.” This announcement video shows what it’s like to have friends. Friends who aren’t afraid of going shirtless when the situation calls for it.

Die Gute Fabrik has a blog post breaking down the differences between the two PlayStation versions of Sportsfriends. Notably, Johann Sebastian Joust on PS3 allows the use of custom music files and up to seven people can play as compared to the PS4 version’s four-player limit. Other titles included in Sportsfriends are BaraBariBall, Hokra, and Super Pole Riders.