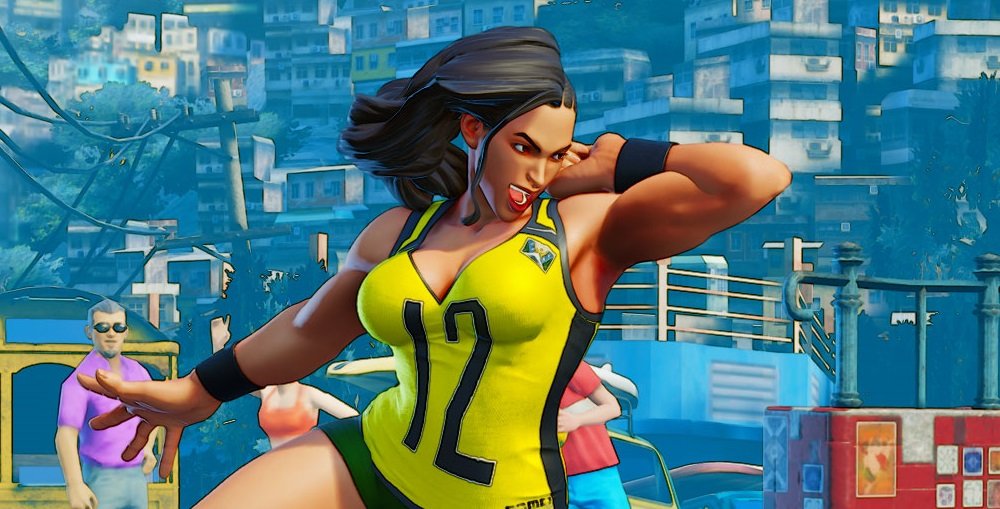 Including Sand-Sphere and No-Touch Ball

This weekend at SDCC, Capcom revealed sporty attires coming as DLC for three members of the Street Fighter V roster. The costumes will drop on July 25 alongside that lunkhead Abigail.

Pocket-sized ninja Ibuki will be getting ESPN-worrying track and field gear, Rashid of the turbulent wind gets a football/soccer strip as well as a hip, flowing haircut, whereas Brazilian bonita Laura, who has a World Cup-shaped trophy on her stage, is getting a volleyball outfit. Naturally.

Whilst we’re here, players logging into SFV sometime toward the end of August will receive 30,000 Fight Money to celebrate the 30th anniversary of Street Fighter II.