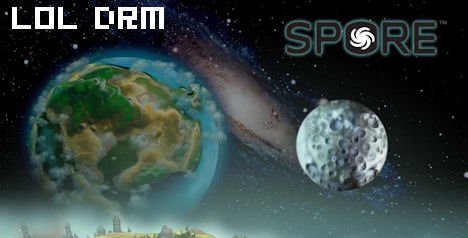 Okay, so no such award actually exists, and if it did, I doubt publisher Electronic Arts would be proud to accept it. Spore, the game that has become completely overshadowed by its anti-piracy controversy, had topped a list of the year’s most pirated games. It’s the kind of irony you could bottle.

Earlier this year, we reported that Spore was well on its way to receiving this dubious accolade, and now the game that garnered well-publicized criticism for its use of SecuROM DRM has lived up to its promise. Here’s the top ten stolen titles, according to TorrentFreak:

All pirated titles were PC games. As if you couldn’t guess.

An amusing punchline to one of the year’s biggest running jokes. Of course, EA refused to take the hint, and continues to persevere with SecuROM in the face of consumer backlash and huge piracy numbers.

1,700,000 copies illegally downloaded … and publishers STILL try and pretend that SecuROM is there to prevent piracy. Somehow, I don’t think so.