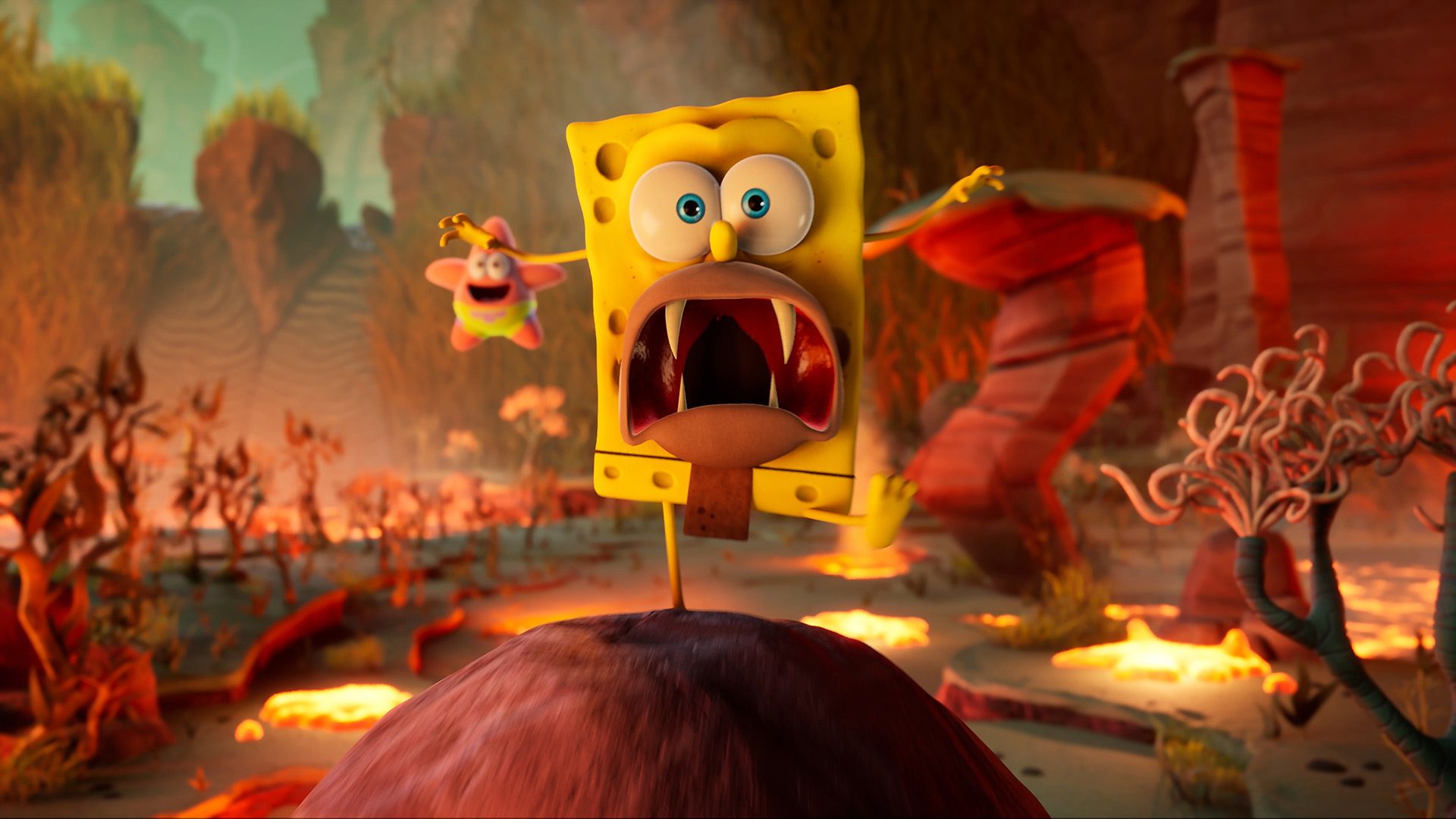 Following up Battle for Bikini Bottom with a new 3D platformer for PC, PS4, Xbox One, and Switch

The 10th anniversary THQ Nordic showcase stream was a sweet victory for SpongeBob fans, after all — the publisher announced (and ran a trailer for) a new 3D platformer, SpongeBob SquarePants: The Cosmic Shake, from developer Purple Lamp Studios.

It’s got the “original actors” and “101 songs from the series,” including a familiar anthem.

As a way to blend a bunch of familiar characters, scenarios, and jokes into a new-but-not-too-new storyline, the premise for The Cosmic Shake is that SpongeBob and Patrick have torn open the universe with “wish-granting Mermaid’s Tears.” It was an accident!

The game will feature seven worlds — two of them, Wild West Jellyfish Fields and Halloween Rock Bottom, were mentioned so far — and 30 costumes like SpongeGar and SnailBob. Meanwhile, Patrick is a “permanent” balloon companion, hence his stature.

Not that I should’ve even looked in the first place, but during most of the stream, the live YouTube chat feed had someone spamming “SpongeBob.” They willed it.

SpongeBob SquarePants: The Cosmic Shake is headed to PC, PS4, Xbox One, and Nintendo Switch. It’s probably for the best that they just said “coming soon” without committing to a release window — we’ve been through a lot of delays this year, and I’m expecting more.

If you’re curious, check out the screens on Steam. They’re surprisingly high-fidelity.