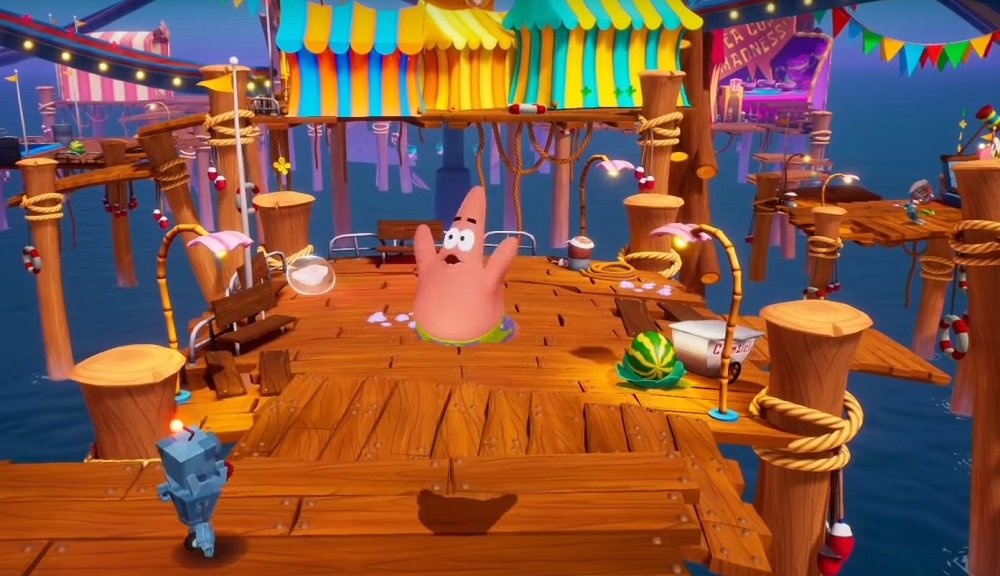 THQ Nordic has released another new trailer for its upcoming remake SpongeBob SquarePants: Battle for Bikini Bottom – Rehydrated, which is heading to PC and consoles in just over a month from now.

Following on from last week’s “Boss Battle” trailer, the new preview gives us a short tour around Goo Lagoon, one of the many Bikini Bottom locations that will be visited by SpongeBob, Patrick, and Sandy as the trio continue their deep-sea quest to foil the dastardly deeds of that troublesome Plankton.

With a fresh new look courtesy of developer Purple Lamp Studios, SpongeBob SquarePants: Battle for Bikini Bottom – Rehydrated, will feature all of the characters, stages, and content from the 2003 PS3/Xbox classic, along with new features that didn’t make the cut for the original release.