Not what I expected

The image above is not the official Splatoon timeline. It’s a goof created by a fan. Still, it shows that some people are already invested enough in the game to start pondering where it fits in the larger Nintendo universe, despite the fact that its not even out yet.

It looks like Splatoon‘s developers have been pondering that too, as revealed by some unlockable artwork from the game’s single player mode. Below you’ll find two pieces of that artwork, hidden in Splatoon‘s single player mode, which allude to when the game takes place in world history and why Judd the judge cat is the only character in the game who isn’t based on some kind of sea life. No explanation on how Judd got that cool bow tie pattern in his fur though. Maybe we’ll discover that next.

As much as I love Splatoon‘s multiplayer modes, I think I love the single player campaign even more. It’s even more action-focused and fast-paced than player vs. player. The fact that its got so many fun unlockables is just the icing on the cake. 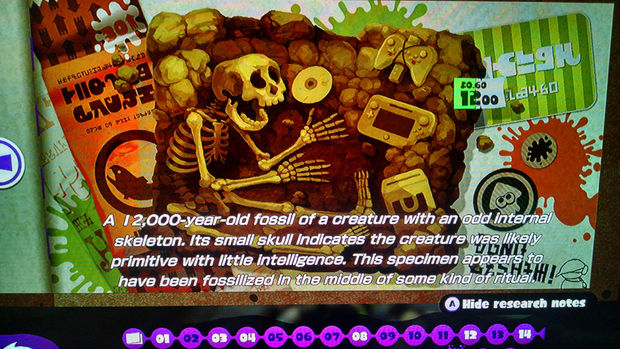 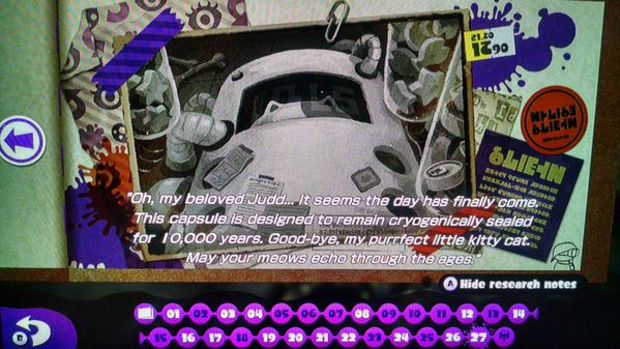