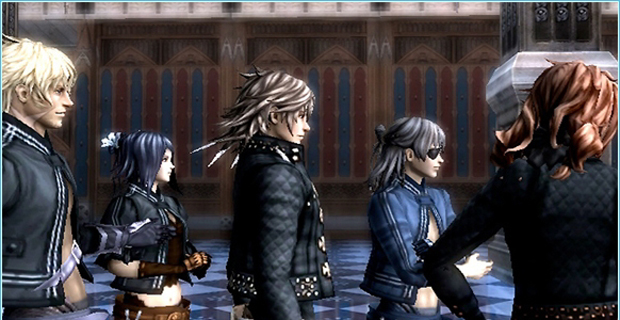 Xen0fan4, the Youtube member who uploaded this video, seems to think that it’s a spoiler. Maybe my limited Japanese comprehension is causing me to miss something, but I don’t see how any of this is spoiler material. There is some “getting to know you” conversation, an out stretched tongue, a song, some star gazing, a bit of surprisingly effective comedy, and that’s it. More than anything else, this video shows me how well crafted The Last Story is. If a game can make incidental stuff like this fun to watch (in a language I barely understand no less), then you know it’s got the goods.

I also posted a few older videos of The Last Story below. They show more of the game’s hub world, the beautiful Ruli City, as well as the initial battle tutorial (which is also beautiful).

The fact that Nintendo may not bring this game out in the West means that there is something terribly wrong with Nintendo, Wii owners, or both.