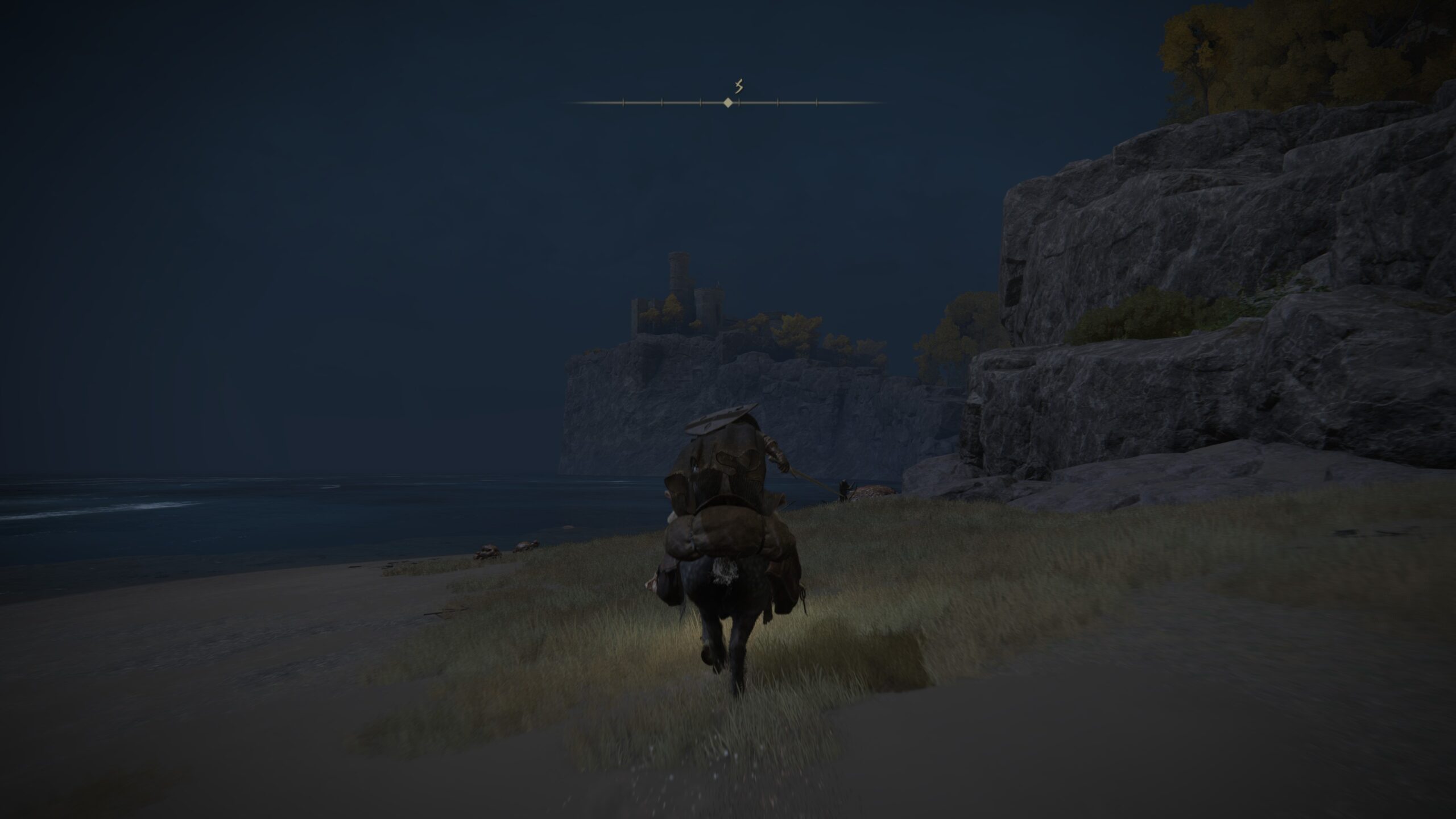 Elden Ring isn’t any easier than past games. That’s good! Unless you wanted it to be. Our Elden Ring starter guide will kickstart your playthrough, so you’re off on the right foot early on, before any issues arise. To start, I’ll work in a few of my closed network test Elden Ring starter guide tips first, as they still apply.

As soon as you enter the open-world hub, go unlock that site of grace fast-travel point. Look down on the valley: you should see a knight on a horse, which is slowly trotting around.

Run past it and go into the church. That’s your first hub, which has a vendor in it. Buy the crafting kit from them and follow the light from the site of grace [bonfire] to the next objective.

If you want more: go further northeast to the next bonfire, site down at it, and talk to the maiden to get your horse. Go northwest to the castle to battle the first story boss. This is the same initial quest progression as the closed beta test — nothing has changed. After you enter the castle and get a little further in, that’s when the new stuff starts. You can also access the eastern area immediately now that the network test gates are down (though you might not be able to handle it).

There’s your quick start to the main story of Elden Ring with no specific details.

Open your map and select a site of grace (the yellow circles): after confirming, you can teleport to it! It’s like a super fast-travel system. And here’s all the new tips!

Try the Confessor class first if you need a balance of magic and attack:

Classes have changed a bit since the Elden Ring beta. If pure magic or pure fighting isn’t your thing, the Confessor class is a great starting option.

It has a good balance of strength, dexterity, health, and faith to utilize a heal and a bit of ranged magic right out of the gate. From there you can mold it to your will.

Think of it like the pyro starter in Souls, which was a popular option.

And while you’re on the character creation screen, consider choosing The Golden Seed as your class keepsake.

Mark map points of interest to find them easier

You can mark the map! Press X on an Xbox controller or square on PS5 to bring up markers and fill up the map to your heart’s content.

Write down where big bosses are that crush you in a hit and go back to them. They’re the best way to level up late game, if you clean them up with a stronger build and spend the runes on leveling. It’s easy to get “cues” when it comes to leveling up. Bosses will dump tons of runes [souls] on you, so most players will be progressing in that sense naturally.

But it’s surprisingly simple to get left behind in terms of equipment and spirit ashes (NPC summon) upgrades. Make sure you’re looking for mines to acquire smithing stone shard upgrade materials needed to smithy your weapons up and do more damage. Mines are marked with red circles on the map before you visit them, and once you find them, you’ll have a rite [bonfire] to denote them, alongside of a literal cave symbol.

To upgrade spirit ashes, you’ll want to look for gloveworts in crypts. These items can be spent on upgrades at Elden Ring‘s main hub using the Spirit Tuner, though you will need to chat several times back and forth with a certain female NPC and the blacksmith before the spirit ashes upgrade service becomes available.

If you see a small chest-high statue, there’s probably a boss fight coming

So not all bosses are found after going through a fog door manually.

Some of them just appear in the open world, but you can use a “radar” so to speak to figure this out before that happens. Put your NPC summon trigger (an item) on as an active quickslot or regular slot item. If it “lights up” (in other words, if it can be used/triggered), you’ll know that somewhere in that zone is an elite enemy.

Keep this in mind if you have a ton of runes [souls] to spend and this happens: you could get ambushed and lose them. The good news is that these bosses typically allow you to respawn directly near them via “stakes of Marika” (checkpoints) after death, though this isn’t always the case. Try out all the builds you can before you commit

There are a lot of items in Elden Ring, and even changing one or two of them can influence how effective your build is. The giants in the first area are perfect slow punching bags to check damage numbers.

If something is doing very low damage to a boss, pivot. Early on you can mold your character to your will, so don’t overcommit to a specific piece of gear, NPC summon, or build until you’re ready. You might find yourself running low on upgrade currency (like stones or glovewort for NPC summon ashes) and get frustrated later on.

As a bit of encouragement, I used the same straight sword throughout the entire game, eventually upgrading it to max level.

In what is probably the least obvious tip from our Elden Ring starter guide, the horse can be super useful even when you least expect it. When fighting a dragon or a boss fight outside where you can summon a horse, try to use it if you can: you don’t need to do the entire fight on horseback, but it’s a tool in your toolkit.

While I wasn’t high on the idea of riding a horse in combat, I quickly got used to a hybrid style where I’d constantly swap from being on foot to mounted. A dragon encounter is the perfect illustration for this: as you can slash it up underneath on foot, but when it takes to the sky or queues up a tail whip or another move, you can quickly get on your horse and gallop away, to get back into a favorable position.

Note that sometimes your horse will even take a hit for you and save you from a death blow. If it “dies,” you just need to use a health potion [flask] on it to bring it back to life, by “re-summoning it” then selecting “yes” from the prompt.