PC-only for now but PS4 is likely down the road

Splitgate: Arena Warfare hopes to combine the look and feel of Halo with the physics-driven fun of Portal, and it’s out today on Steam as a free-to-play release if that sounds like your sorta vibe. There’s a $20 Founder’s Edition with cosmetic-only armor and weapon skins, but you don’t need it. Free is fine.

Not gonna lie, I’m afraid of the skill ceiling. That said, “Players start each match with the same loadout, eliminating any unfair advantages from the start. Power weapons spawn on a timer across the map, and players are encouraged to use these powerful weapons to achieve montage-worthy killstreaks.”

There’s also hope for me in the form of AI bots. If Quake and Unreal Tournament taught me anything, it’s that bots are my people. As far as game modes, we’re looking at the usual suspects. Splitgate is taking a crack at familiar modes like free-for-all, team deathmatch, kill confirmed, domination, and oddball.

Peeking at the Steam player-count chart, Splitgate is nestled between Grim Dawn and Divinity: Original Sin 2 with around 7,800 concurrent players at the time of writing. We’ve seen so many hopeful arena shooters come and go. Will things be different this time? The free-to-play format should help the game at least get its foot in the door long enough for folks to hear the Halo-meets-Portal sales pitch. 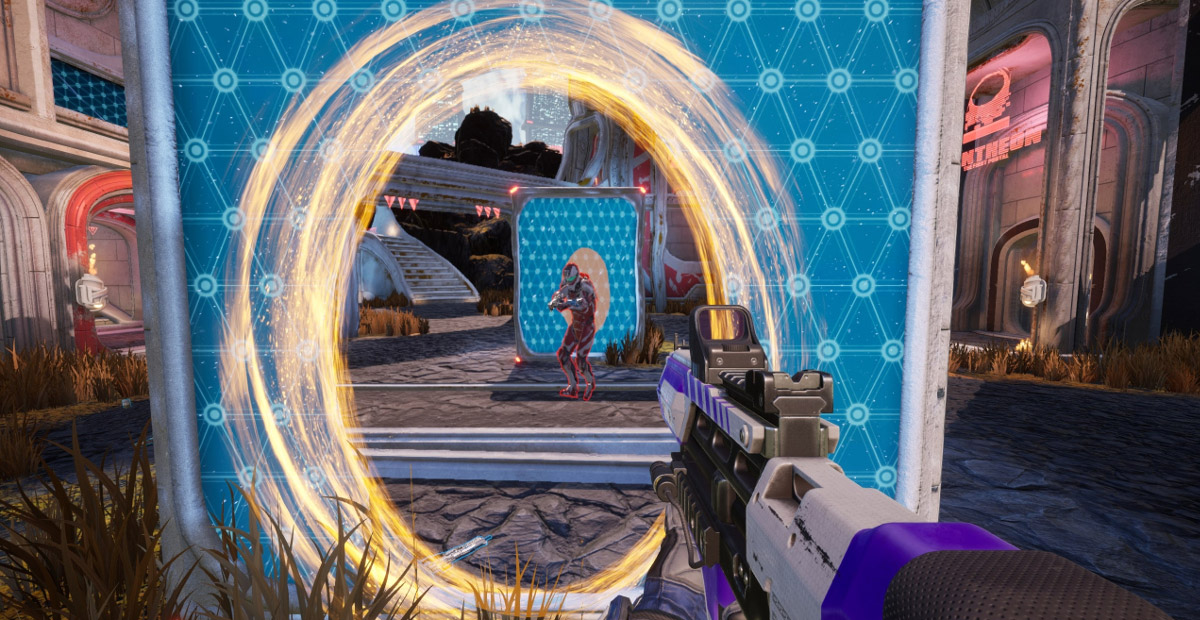 Developer 1047 Games has expressed a desire to bring Splitgate to PS4 “eventually,” and you have to imagine the sentiment probably goes for Xbox One, too. One launch at a time, though.

The last time I hopped through portals in a competitive shooter, it was 2006, and I was playing Prey. The two aren’t on the same level, obviously, but I can never resist reminiscing about early Xbox 360 memories. Remember walking up walls? Remember the acid sprayer? Good game! Real good game.