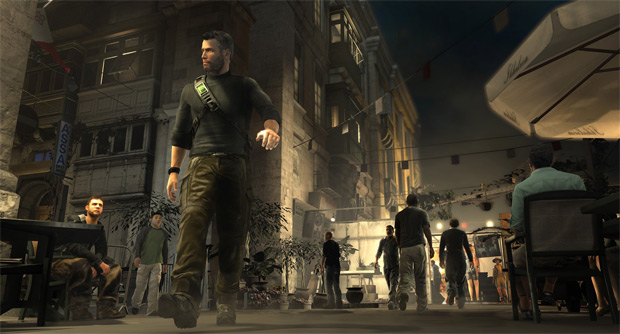 This post isn’t going to seem much like an actual story to some of you, and that’s due to the fact that it mostly isn’t. Multiplayer support and downloadable content for a game in a large, established franchise? In this day and age? Yes, it’s not exactly an unusual scenario.

But because Splinter Cell: Conviction was right up there with Scribblenauts for “biggest E3 surprise” or whatever you want to call it, I suppose people really care. Talking with Ubisoft producer Alexandre Parizeau, Joystiq found out about Conviction‘s alarming new secret.

Ubisoft Montreal will be handling the game’s multiplayer, which isn’t being discussed until later this summer, and has plans to “continue expanding the experience” with additional content once Conviction is finished. Pretty standard, really, but since it’s Splinter Cell, I’m being told to change my reaction to “OMG NO WAI!”