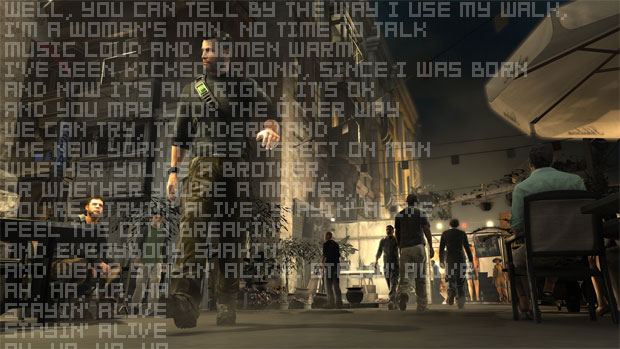 While the developers behind the PC- and Xbox 360-exclusive Splinter Cell: Conviction had previously made it clear that the game wouldn’t be arriving on PlayStation 3 because A) it’s traditionally a Microsoft platform game and B) another version would hurt production values, we can all just forget about that.

Well, that might be pushing it too far, but Ubisoft Montreal CEO Yannis Mallat told VideoGamer “there is always hope” for such a port to happen, while presumably winking ever so slightly before strapping himself into his gold-plated jetpack and sailing into the sunset.

Think about it — how many Xbox 360 “exclusives” have later come to PS3 with more, often exclusive content? It doesn’t seem out of the question to think that the same could be true of Conviction. If the game is half as good as it looks to be, this is one release all gamers are going to want to get their hands on.