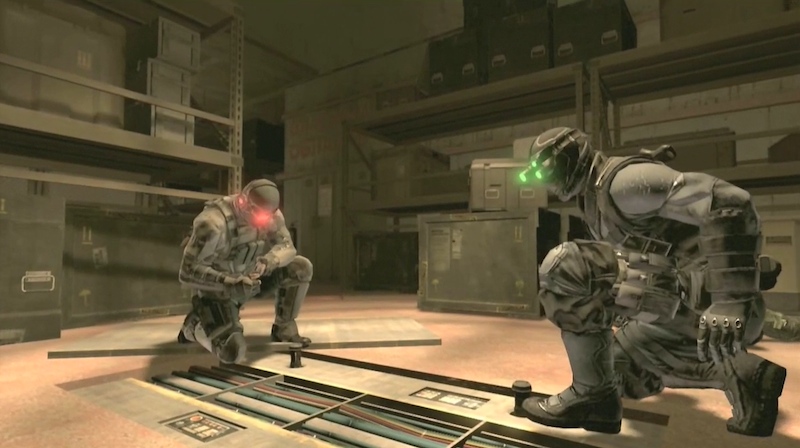 Ok, confession time: I don’t know much about the Splinter Cell franchise. Stealth-y tactical shooters aren’t really, y’know, my thing. But I was really intrigued by Conviction‘s visual style and the write-pertinent-info-on-the-walls mechanic that Ubisoft showed off at E3 this year, and co-op kind of is my thing, so I guess I ought to start paying attention.

For those of you in the dark (like I was), Splinter Cell: Conviction features a co-operative campaign that serves as a prequel to the rest of the game. It’s pretty standard spy stuff: A rogue Russian military officer has stolen some warheads, and America and the rest of the well-behaved Russian military team up to stop him. Of course, this is is a videogame, two dudes—one American, one Russian—are going to do it all themselves. Naturally.

Even if the story is kind of bland, the gameplay should make up for it, right? I hope so. The co-op campaign doesn’t feature any of the dark and gritty espionage we’re used to seeing (the Russians prefer explosions, apparently), and I didn’t see any haunted messages floating on the walls, so I’m not sure this all ties into Conviction.

Luckily, Ben PerLee has a preview coming tomorrow morning that will put all of this in way better context than I can. This trailer will just have to hold you over until then. And in case you just really like it for some reason, the same trailer is available on Xbox Live.