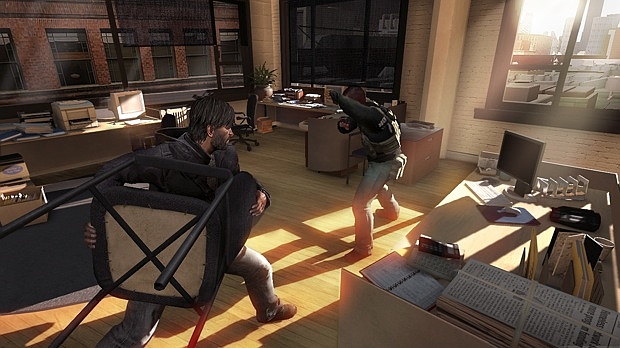 Duke Nukem Forever Splinter Cell: Conviction has been delayed. A lot. But it’s possible that Ubisoft has finally cracked whatever problems they’ve been having with the eternally upcoming sequel. A blurb in their 2008-2009 fiscal report mentions that Conviction — among several other titles — could be headed to consoles as early as this Christmas.

“In 2008-09, we also continued to invest heavily in Ubisoft’s future potential, hiring some 1,300 talents for our studios with a view to driving the Company’s expansion, further strengthening our franchises and preparing for the next generation of handheld as well as home consoles.”

“The results of these [expansion] efforts will be seen as early as this Christmas with one of the industry’s most ambitious games line-ups which will include Assassin’s Creed 2, James Cameron’s Avatar, Splinter Cell Conviction, Rabbids Go Home and Red Steel 2.”

Watching Conviction slide off our radar was painful. We’re glad you’re back, Mr. Fisher, but you really need to knock off that whole emo thing you’re rocking right now. Put on some goggles, man.