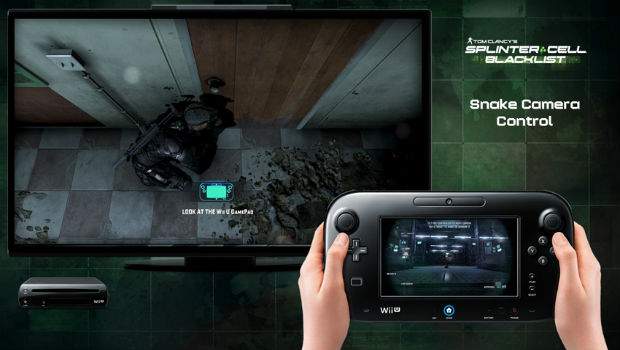 Rejoice, Splinter Cell fans! After a fleeting leak in February by Ubisoft, Nintendo has confirmed the existence of a Wii U version of Splinter Cell: Blacklist. It will be launching on August 20th, the same day as the PS3, 360, and PC versions.

Nintendo shared a tiny bit of info, noting that the GamePad will utilize “enhanced gameplay features,” which both touchscreen and motion support. As long as it’s not forced or overboard, I’m all about it.

Nintendo of America [Nintendo via Joystiq]