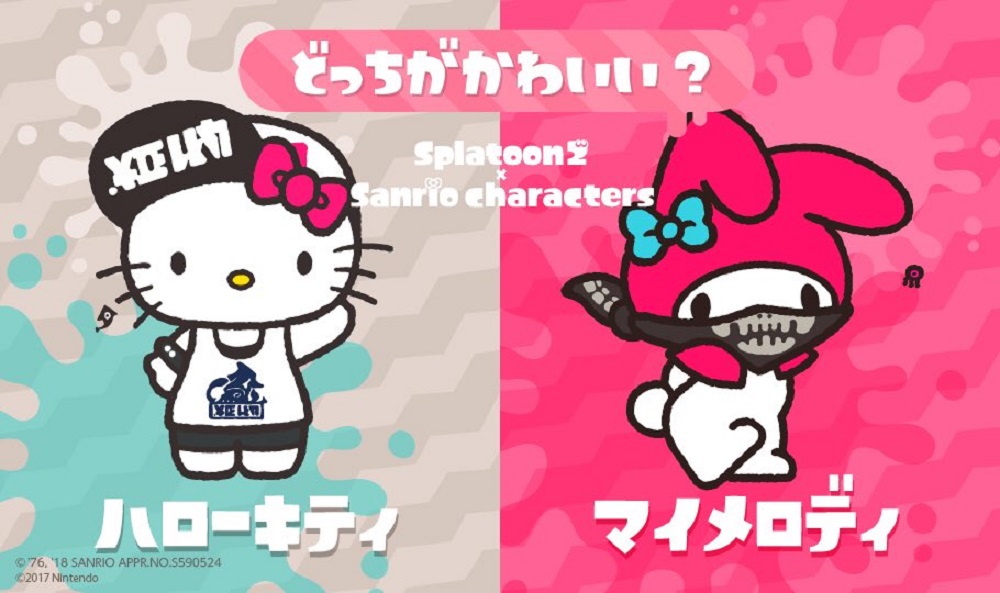 Hello Kitty vs My Melody

[Update: I erroneously posted this briefly last weekend. The Sanrio final was postponed a week, to allow Mario Tennis Aces to take the spotlight. I apologise for the mistake.]

This weekend, Japanese players will duke it out in the Grand Finals of the Sanrio-themed splatfest tournament, which has taken place in Nintendo’s Splatoon2 over the last fortnight.

Tomorrow sees the two finalists, Hello Kitty and My Melody, go face-to-face to be crowned the best Sanrio character (though the people have clearly made their voices heard as to which unseeded outsider is the true winner). As both finalists were Pearl’s picks, she has magnanimously allowed Marina to take My Melody, allowing her a horse in the race. What a saint.

The Hello Kitty vs My Melody splatfest goes live in Japan tomorrow at 15:00 JST, ending at the same time Sunday.