This weekend saw North American and European fans of the Nintendo Switch shooter Splatoon 2 face off in a battle over the consistency of a good old glass of OJ. Do you prefer it with or without pulp?

After all of the points were tabulated from both territories, we have some pretty crazy results. Marina’s Team No Pulp scored a huge 67% in the public vote, that’s massive by splatfest standards. But, Pearl’s Team Pulp pulled back both Solo and Team Play points, the former by less than one percent, ultimately bagging victory for the Queen of the World at 2 – 1.

Ok, I’m Pearl 4 Lyfe yo, we all know that. But, in the last few months, its been a string of victories where the public poll went quite a distance one way, but the Solo and Team Play games took it back by just a fraction of a point, which is hardly decisive. This is truly an Any Given Sunday moment, as Marina missed a 3 – 0 clean sweep by the narrowest of margins.

Still, I’ll take it, because if you aren’t chewing your drink, you aren’t doing it right. 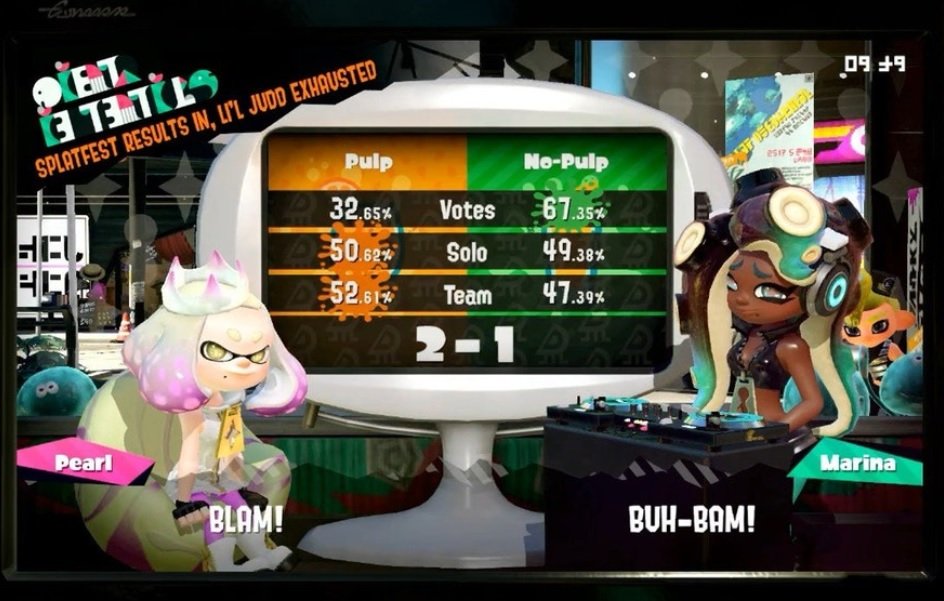