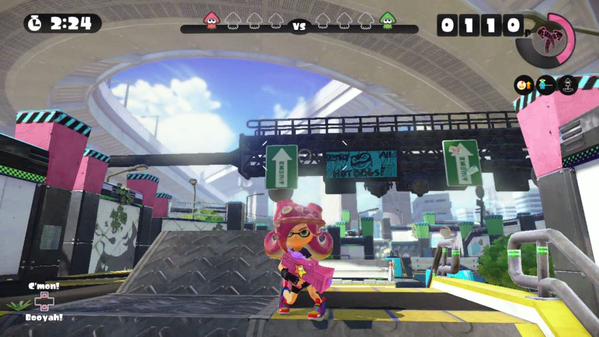 Get your tentacles ready!

Splatoon player and self-proclaimed hacker Nikki has found a way to play the game as an Octoling.

For those not in the know, Octolings are the octopus-like bad guys in Splatoon‘s story mode, and normally aren’t playable. However, Nikki was able to play online as an Octoling and even transform into an octopus instead of a squid.

This was done by editing the save file for the game. It was also discovered that new facial reactions were added in the latest update for Octolings, similar to the faces Squid Kids make, which makes me wonder if Nintendo plans to officially make them playable in the future.

However, there is a drawback to this exploit. The game freezes if a character in Octoling-form tries to load into the plaza. Currently only people in Nikki’s group have the ability to do this, thus keeping nefarious people from causing games to freeze.